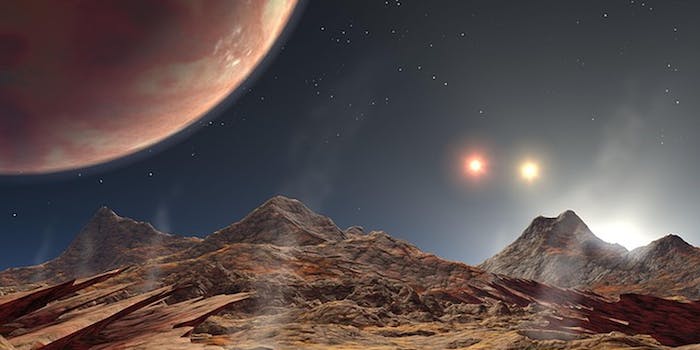 WisCon's reputation as a feminist safe place has come under fire.

WisCon is known as the oldest feminist science fiction and fantasy (SFF) convention in the world, but its handling of harassment incidents has sparked controversy in the sci-fi blogosphere.

Editor Jim Frenkel left his longtime position at Tor Books a year ago amid allegations he harassed 2013 WisCon attendee Elise Matthesen, who spoke out publicly about the incident. Matthesen and at least one other attendee filed reports to WisCon about Frenkel’s alleged harassment. This year, after losing one of the women’s complaints (and misplacing the other’s after the fact), WisCon not only allowed Frenkel to return to the May convention over numerous protests but permitted him to volunteer at the con’s hospitality suite.

Despite otherwise glowing reports of this year’s WisCon, a wave of public alarm over Frenkel’s return has grown among attendees. After the con, WisCon issued multiple apologies, then set up a formal investigation into the Frenkel’s 2013 incident, as well as another involving a convention volunteer who allegedly engaged in nonsexual harassment of an attendee. On Friday, WisCon “provisionally” banned Frenkel from the con for the four years in a public statement:

WisCon will (provisionally) not allow Jim Frenkel to return for a period of four years  (until after WisCon 42 in 2018). This is ‘provisional’  because if Jim Frenkel chooses to present substantive, grounded evidence of behavioral and attitude improvement between the end of WisCon 39 in 2015 and the end of the four-year provisional period, WisCon will entertain that evidence. We will also take into account any reports of continued problematic behavior.

In other words, though he’s banned for four years, if Frenkel exhibits good behavior, he could be back after a year, which isn’t much of a ban at all—at least if the WisCon community and SFF blogosphere’s reaction is any indication.

This approach seems to be unacceptable to the vast majority of WisCon-goers past, present, and potential who have commented in response. As Dreamwidth user Erik wrote:

“[W]hat is the point of quoting any particular length of time for his exclusion? It seems to boil down to “he’s banned until he proves he can be a better person.” Which is fine I guess, but a: leaves his victims (both those two whose reports you’ve been specifically considering and whomever else who may not have reported him for things he may have done) unsure from year to year whether he will be back, and b: “acting nice for a while until it blows over” is a well-known and well-documented tactic of serial abusers.”

WisCon’s decision has sparked so much outrage that it’s now reportedly working on a new clarification to amend to its previous statement, to be posted some time Monday.

Meanwhile, Jacquelyn Gill, the chair of the Harassment Policy Committee, posted a lengthy explanation and clarification on her own Dreamwidth blog. However, critics of her explanation point out she evinced no consideration of the repeated claims of alleged harassment made against Frenkel by numerous women in the community (outlined below). Nor did Gill seem to have an understanding of the precedent for these kinds of situations at other SFF cons—most notably, ReaderCon, which saw its entire board resign in 2012 over backlash due to its mishandling of an established incident of harassment.

Gill’s response exacerbated the community’s agitation with the decision, spawning numerous reaction posts from around the Internet, and an especially critical response from members who feel that cons like WisCon should have learned from ReaderCon’s mistakes. Most of all, many believe the response from the con should have been harsher.

Here’s the rundown of events that led to what may well be WisCon’s biggest crisis in recent memory.

The Early Years: “Everyone in the community knew”

The ‘90s – 2000s: Numerous anecdotal reports abound of Frenkel allegedly exhibiting inappropriate or unprofessional behavior towards women, dating back to the mid-’90s. (Editors’ note: We have refrained from linking to some of these first-hand accounts at the request of the women involved.)

2002: Blogger Stephanie Zvan claims to have had a “creepy” conversation with Frenkel in which he inappropriately tried to discuss her sexual activities with her while they were both attending WorldCon.

2008: In an otherwise nostalgic look back at high-profile conventions he’s attended over the years, Frenkel, in the eyes of his critics, seems to dismiss a con roommate’s sexual harassment:

“Sharon, my roommate, left the convention on Saturday. She’d gone to the zoo across the street from the con hotel, the Chase Park Plaza…and at one point while she was walking around the zoo looking at the animals, some guy…well, a guy apparently placed a hand on her shapely bottom. This was extremely upsetting to her, so much so that she decided then and there that this trip had been a horrible mistake, and she had to leave—NOW. Which put me in a quandary, because I really couldn’t afford to pay for the room all by myself.”

2009: Writer Mikki Kendall reports that the first time she met Frenkel at WisCon, he allegedly harassed her by “spen[ding] the whole time staring at & talking to my breasts.” On the blog site the Angry Black Woman, Kendall recounted the incident in further detail, complete with a photo of Frenkel interacting with her.

2010: Feminist sci-fi/fantasy author Jim Hines reports that numerous people made official complaints about harassment from Frenkel after a blog post he made compiling a list of anti-harassment resources within the SFF community.

May 2013: During WisCon 37, writer Lauren Jankowski, attending her first convention ever, claims she experienced “one of the worst experiences of harassment/bullying.” Writer Elise Matthesen also says she was harassed by the same perpetrator at WisCon 37.

Does a man have to actually physically abuse a woman for WisCon to get its act together!? Frenkel tossed a book at me!

He berated me for almost 5 goddamn minutes (while leering at me)! And again: TOSSED A F*CKING BOOK AT ME!

June 2013: Matthesen makes a public post about how to file a harassment claim, citing her own experience at WisCon 37 (the 2013 WisCon) by a Tor editor, crossposted to numerous blog sites as a guest post.

Writer Mary Robinette Kowal verifies that she fielded another complaint from another writer about the same editor, without naming his name.

Matthesen’s friend Sigrid Ellis reveals the alleged perpetrator to be Jim Frenkel. Numerous commenters on the blog post in question (hosted by John Scalzi) speak out to say they have been aware of “the Frenkel Problem” going back “decades.” K. Tempest Bradford comments on Twitter that Tor executives have long been aware of Frenkel’s harassment problems. “Everyone in the community knew about this guy,” writes Lyda Morehouse on her blog.

An unrelated harassment claim is made against another WisCon attendee, F.J. Bergmann, who allegedly harassed attendee Rose Lemberg during her book reading because of her Russian immigrant status. Lemberg’s account is corroborated by multiple attendees.

Summer 2013: A few months after her own experience of harassment at WisCon 37, Jankowski files a complaint against Frenkel with the WisCon safety team.

After hearing directly from Zvan, Matthesen, Kendall and others who are concerned about Frenkel being on programming, WisCon pulls his panel appearances but allows him to volunteer.

May 2014:  At WisCon 38, Bergmann and Frenkel are both allowed to volunteer, Bergmann at the registration desk, Frenkel at the hospitality suite.

A large amount of alarm circulates the SFF blogosphere about Frenkel’s attendance:

So, Frenkel told me in person that by coming to WisCon he was asserting his innocence and nice guy status

WisCon issues a statement that it is aware of concerns about Frenkel’s attendance.

While attending WisCon 38, Jankowski learns that her complaint against Frenkel was misplaced. She is also told, in error, that Matthesen requested that Frenkel not be banned from the con. Jankowski claims WisCon staff told her this was why he was allowed to return. Matthesen contacts Jankowski and denies that she ever asked for Frenkel not to be banned.

Matthesen requests a copy of her original harassment report against Frenkel and is told WisCon has lost it, although WisCon later claims to have electronic copies of harassment reports from that year on.

Early July 2014: Harassment subcommittees are formed to deal with the harassment allegations against Frenkel and Bergmann separately.

July 18, 2014: WisCon announces its decision concerning Frenkel. The statement contains confusing wording that seems to indicate that although the ban is in effect for four years, if Frenkel “chooses to present substantive, grounded evidence of behavioral and attitude improvement,” he might be allowed back as early as 2016. Conversely, he might also be banned past the initial four-year period if his behavior does not show signs of improvement.

After WisCon’s announcement, numerous authors and organizations begin to speak out about the WisCon decision, including:

It’s not the job of a convention to rehabilitate a serial harasser. It’s their job to offer the greatest possible safety to attendees.

I cannot, in good conscience, support Wiscon with my money and my presence after this. Nor do I think I could enjoy myself if I went. As far as I’m concerned, this is a con that sets a toxic, dangerous narrative of redemption above the safety of its attendees, that provides a serial harasser with more recourse in terms of a process of appeal than it provides the people he has harassed.

I am not here for that. I’m here for Elise Matthesen and Lauren Jankowski. That’s why, come next May, I won’t be there.

This is by no means the first controversy WisCon has endured in recent years over decisions that con attendees felt didn’t live up to their expectations of the convention as a radical feminist space. In 2010, WisCon came under fire for inviting writer Elizabeth Moon to be a guest of honor despite a blog post that Moon made which many felt to be Islamophobic in nature. (Comments, which Moon later deleted, can be seen here.) WisCon at first defended its decision, then later rescinded the invitation after a long period of public controversy.

Additionally, WisCon has received criticism for failing to encourage multiculturalism and contributions from diverse attendees:

@WisCon36 @ribbonknight I HAVE repeatedly submitted panel suggestions over the years. Some details in comments here: https://t.co/p94DFrOh

@WisCon36 Yes, for 3 years in the row. Not OK to harass people by mocking their accents or asking them to speak “their language” regardless

Among writers who stated that they would still be attending WisCon in the future was Kendall, who spoke cynically about her perspective that she’d never considered WisCon a “safe space” to begin with:

I have had it driven home over and over again that feminist space is not safe space. And yes, I’ve chosen to keep going anyway, while fighting all those battles to make WisCon a better space. Not safe…just better…

I don’t object so much to the possible presence of Frenkel at the hotel, as I do to WisCon not stating definitively that his behavior (which let us all be honest isn’t all that unusual at cons) is unacceptable. If a feminist sci-fi con has a problem stating that a pattern of persistent inappropriate behavior will not be tolerated, then aside from panel topics what makes it more feminist than any other?

Until WisCon formally clarifies its previous statement about the parameters of the ban, its community members will continue to be confused and frustrated. But if the ban proves to be just lip-service, then its very probable that the maelstrom of outrage over the con’s decision has only just begun.

Correction: An earlier version of this article spelled misspelled Matthesen’s name. We regret the error.