Get ready for some fun in the sun.

Few cars have as colorful or storied a history as the Volkswagen Beetle, which is why it’s not surprising to see Lego releasing a brand new model for summer.

The Creator Expert set, which features 1,167 pieces and sells for $99, nicely recreates the iconic car with a full-blown sand-and-sun vibe to it. 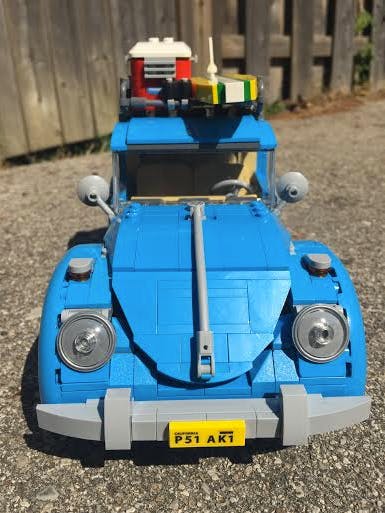 A favorite vehicle of 1960s-era hippies, Lego’s baby blue version of the Beetle is decked out with surf stickers on the back window and a canary-yellow surfboard on the roof rack. It also has a drink cooler ready for a few adult beverages. In a nutshell, it’s the ultimate beach car.

This wasn’t always the case, though. The Beetle—formally known as the Volkswagen Type 1—started out as an idea from Adolf Hitler, of all people. The German fuhrer wanted a “people’s car,” so he commissioned Ferdinand Porsche—founder of the luxury vehicle maker—to design one. 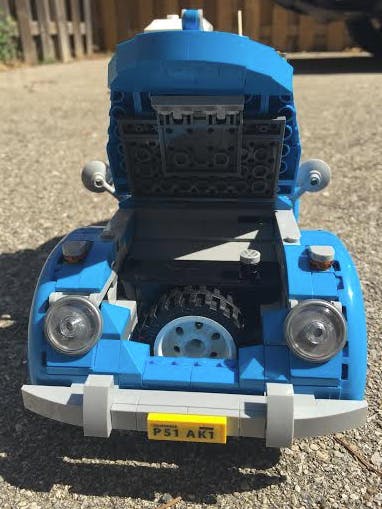 Porsche’s design ultimately morphed into the Type 1 and saw huge success after World War II. By the early 1970s, it had become the best-selling car in history, surpassing the Ford Model T.

But the Beetle’s decline came just as swiftly. Both Japanese and American auto makers started producing smaller cars that were more efficient and quieter than the thunderous Volkswagen. They also didn’t house their engines in the trunk, one of the Beetle’s trademarks, which meant they were safer. 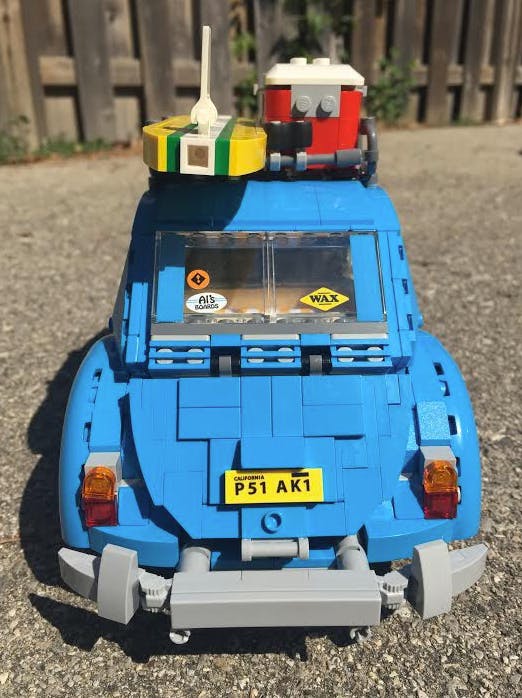 The last classic Beetle rolled off the production line in 2003, but the car’s legend lives on in pop culture. Baby boomers remember the car as a smart and benevolent buddy in the Herbie movies of the 1960s and 1970s, while children of the 1980s grew up with Bumblebee, one of the heroic Autobots in the Transformers cartoons and comics.

Lego’s version is aimed at those older aficionados, who may have cruised to the beach in a Beetle in their younger days. The model is a fun build that comes in three sections, which take about an hour each. The first two construct the base of the car, while the third adds in the roof and details. 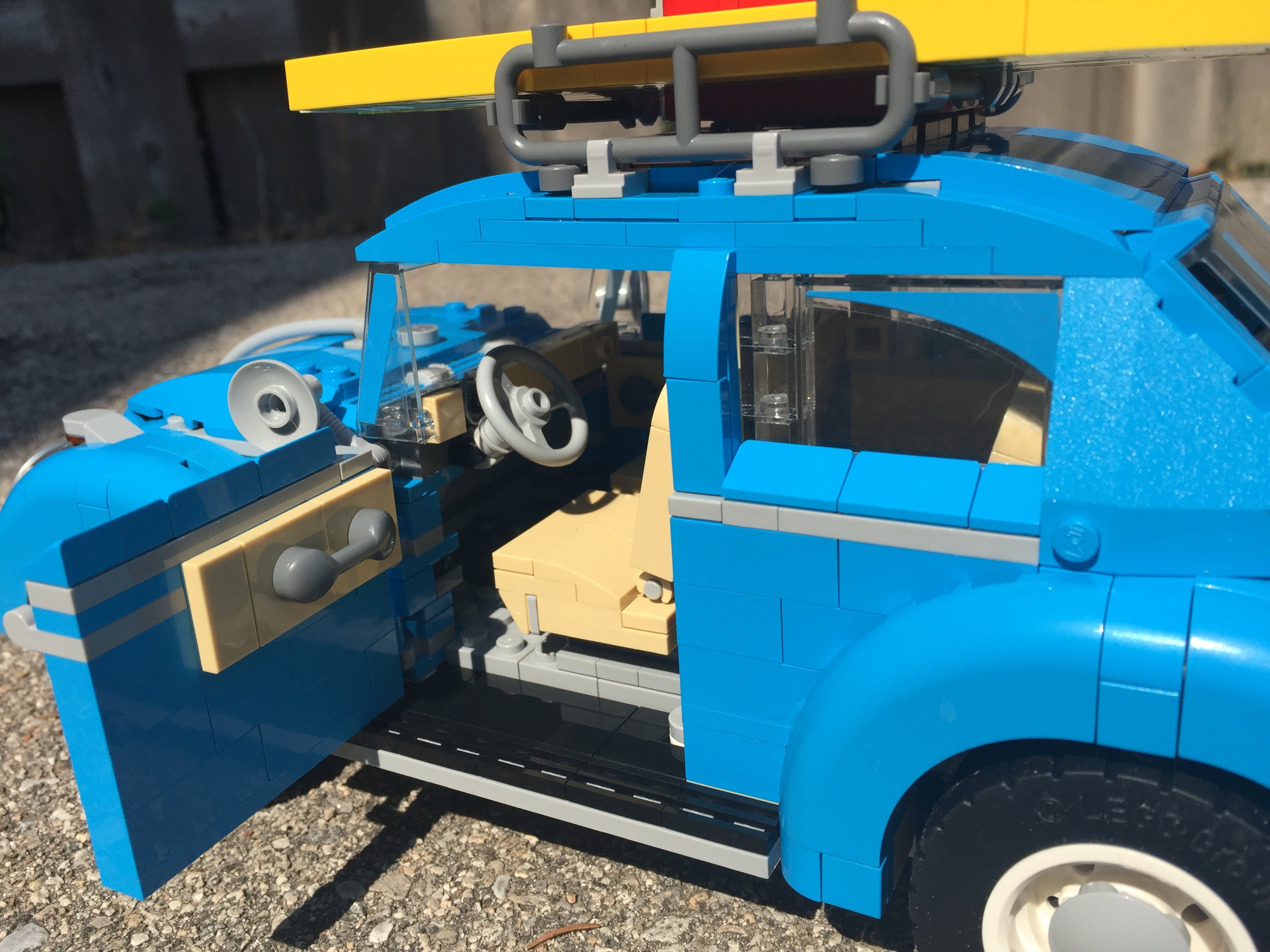 Lego’s designers have taken care to include all of the Beetle’s iconic features, including the 40-horsepower engine in the rear hatch and the spare tire under the front hood. There is even a pair of specially printed VW logo elements—one on the hood and the other on top of the gas tank.

The most noticeable innovation, however, are all the curves. The Beetle and Lego elements are, on paper, almost incongruous since one is all curves while the other is rooted in squares and rectangles. 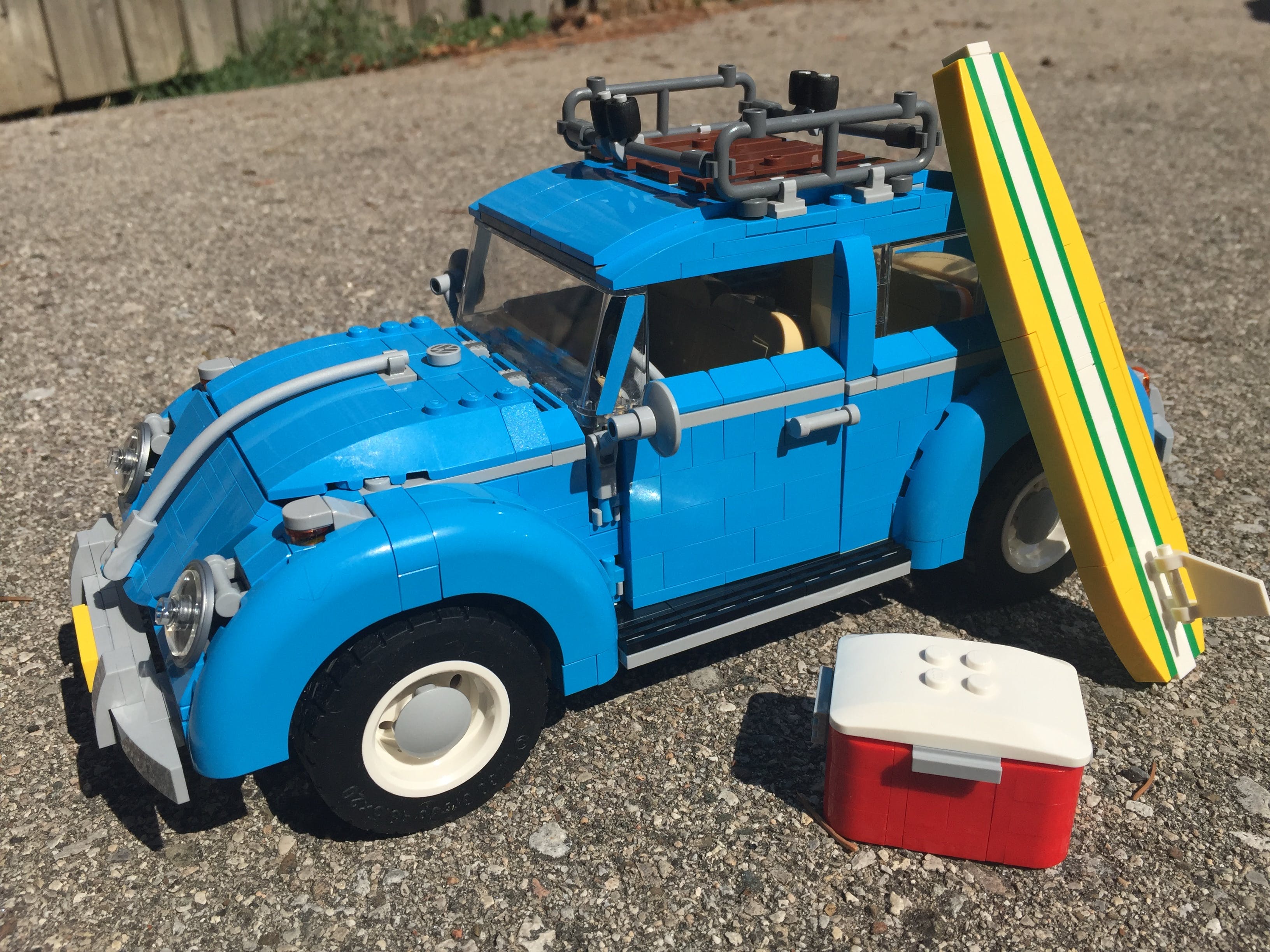 Despite that, the designers have done a nice job pushing the veritable square peg into the round hole with some clever tricks. The Beetle’s rounded hood, for example, comes in two parts. A hinged connection makes them appear to be one curved piece.

The roof also comes off to show off the interior details, including the steering wheel and stick shift. All four seats also tilt forward, with the back ones revealing a storage area. There’s a rolled-up towel in there, for that inevitable beach trip. 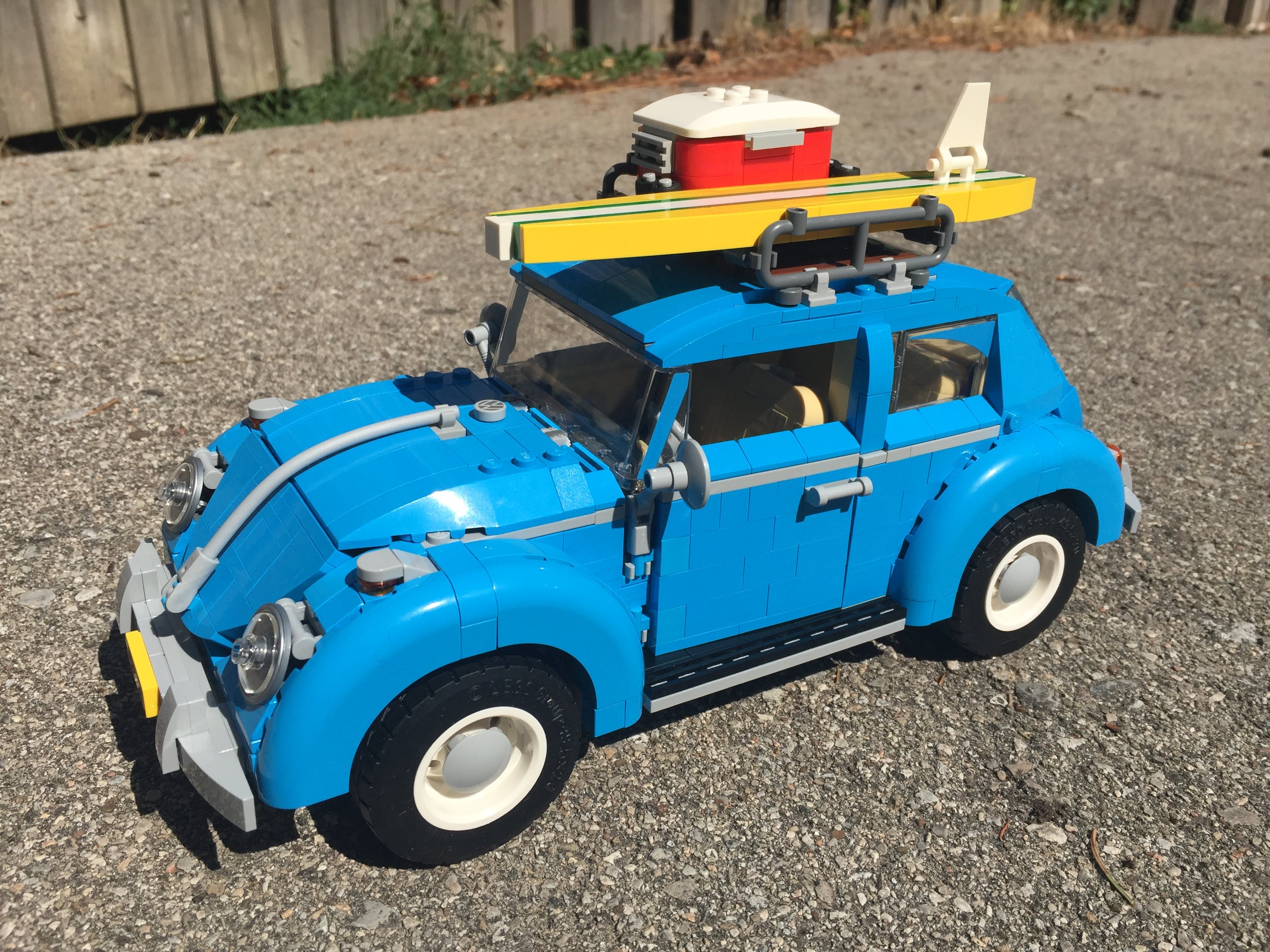 Lastly, Lego is obviously trying to avoid limiting the appeal of the VW Beetle to just aging American hippies. While California license plates are the default option, there are also German and U.K.-oriented stickers for beach bums living in Europe.

I’m an ‘80s child, so I was hoping this vehicle would transform into a giant robot, but Lego’s VW Beetle is a faithful recreation and a fun build nevertheless. A Beach Boys 8-track cassette is, unfortunately, not included.