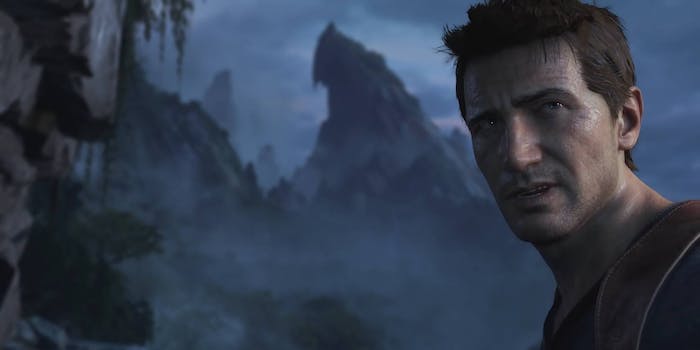 Sony has announced the Uncharted: Nathan Drake Collection which will feature all three uncharted games, remastered.

To the surprise of absolutely nobody, Sony has announced an up-res’d remaster of the Uncharted trilogy that was released on the PS3.

Titled Uncharted: The Nathan Drake Collection, it will feature all three Uncharted games, Drake’s Fortune, Among Thieves, and Drake’s Deception, in 1080p at 60 frames per second. Remastered by Bluepoint Games in Austin, Texas, it will also feature improved lighting, better textures, a photo mode, and new trophies.

Bluepoint is probably the perfect studio to take on the task. It has remastered Metal Gear Solid, Ico, Shadow of the Colossus, and God of War.

Uncharted is a pulp action adventure series taking heavily from Indiana Jones with a protagonist who’s more like Nathan Fillion from Firefly. It was a technical marvel when it was released back in 2007, featuring full motion capture and live-acted voice work. It was one of the few games that made you feel like you were in a movie.

And if you get the game at release, you’ll have access to the Uncharted 4: A Thief’s End multiplayer beta while it’s available.

Correction: Uncharted was originally released in 2007.