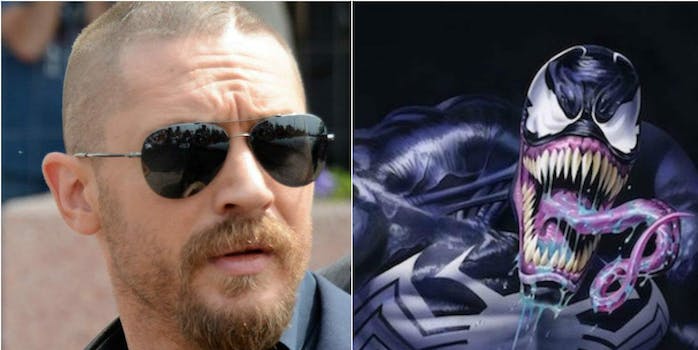 This could be amazing.

Sony Pictures dropped a series of big announcements on Friday for fans of Marvel‘s Venom.

The toothy, black-clad anti-hero Venom will be played by Tom Hardy (Mad Max: Fury Road, The Dark Knight Rises) in a movie that’ll hit the big screen on Oct. 5, 2018. Ruben Fleischer, best known for Zombieland, has been tapped to direct.

Hardy is reportedly a big fan of the character, and given his chameleon-like acting skills, fans are already excited to see him in the role. Just check out the photo Sony shared on Twitter with the film announcement.

Sony was also careful to note that its Venom movie is not a spinoff, though the character is tightly tied in with Spider-Man and has previously appeared in Sony’s Spider-Man films.