These droid-themed Boeing 787s are the perfect vacation vehicle for 'Star Wars' nuts.

Japanese airline All Nippon Airways (ANA) unveiled its new Star Wars-themed planes this weekend, in a livestreamed event with a Star Wars soundtrack and Stormtrooper guards.

The first of their three planes is a Boeing 787 “Dreamliner” decorated in the style of R2-D2, soon to be followed by a BB-8 jet and a plane featuring images of both droids. 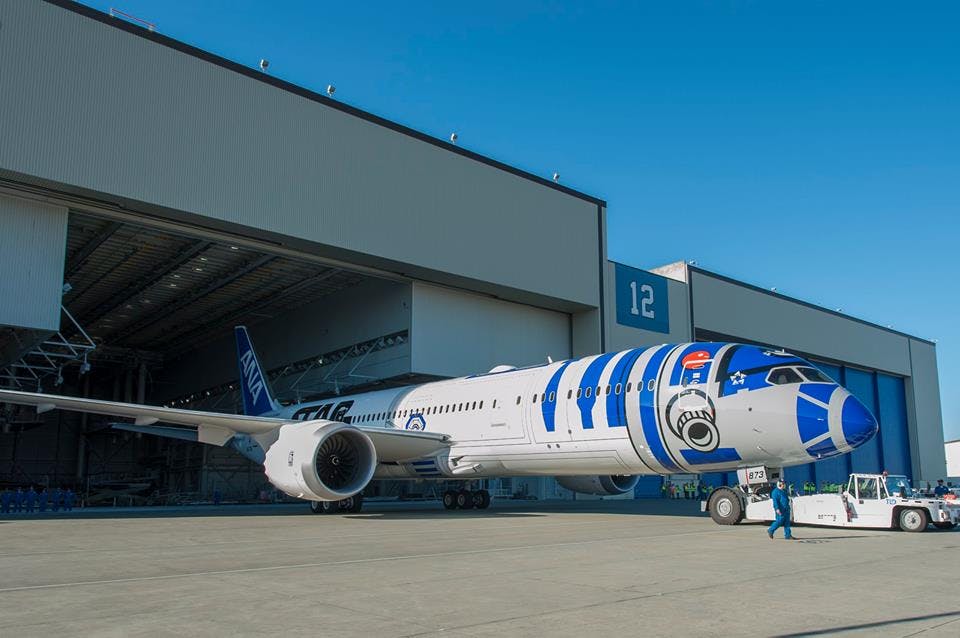 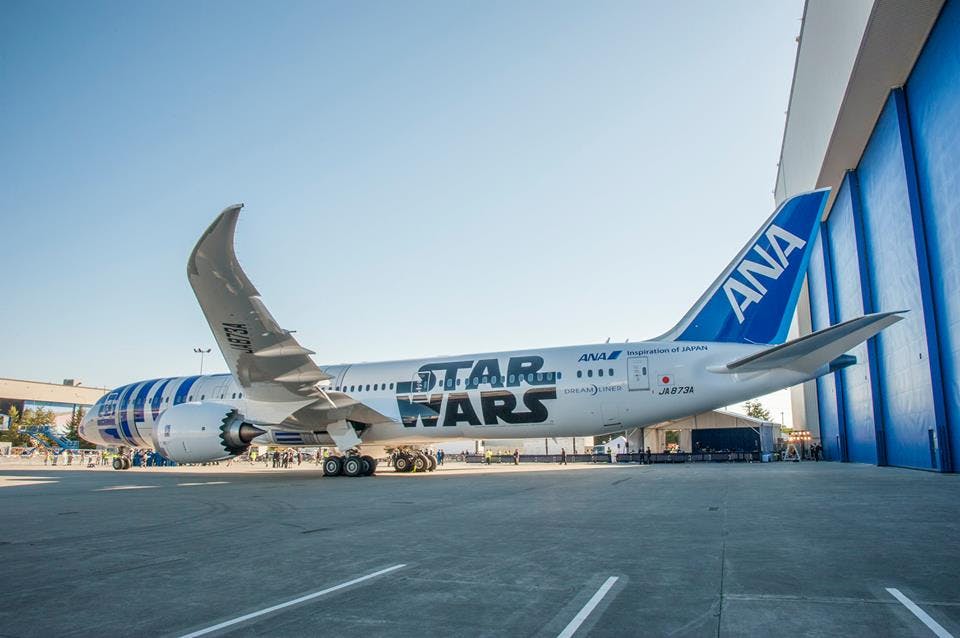 The Star Wars Dreamliners are part of a five-year promotional partnership with Disney, meaning the R2-D2 plane will be around until at least 2020.

The interior of the three droid planes will also be outfitted with themed decorations, making them a go-to choice for Star Wars fans. If you’re hoping to spot R2 on its maiden voyage, keep an eye out for Haneda-Vancouver flights next month.