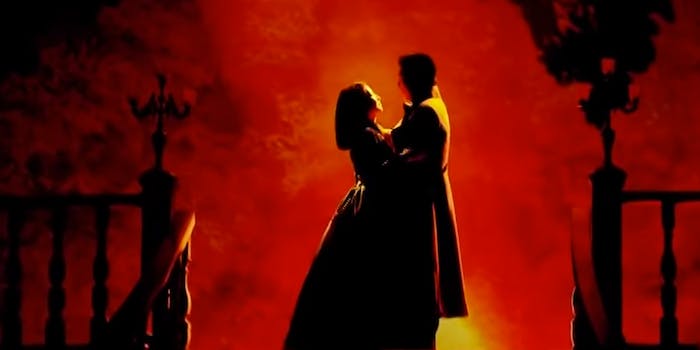 It’s not every day we get a K-pop musical version of Gone With the Wind, but it’s a new year and the gods have been kind.

Not only is the latest production at the Seoul Arts Center a lavish Korean musical dramatization of the classic antebellum romance, but it features one of the undisputed queens of K-pop: Girls’ Generation member Seohyun.

Seo Joo-hyun, better known by her stage name, is one of the strongest singers of Korea’s nine-member girl group turned powerhouse. Of all the beloved members of Girls’ Generation, Seohyun is generally regarded as one of the best singers, so popular she was split into her own subgroup with two of the band’s other members. (On the band’s ubiquitous smash hit “Gee,” she’s the second voice, and the first who actually sings.)

Over the last several years many of the band’s members have pursued prominent side projects, and Seohyun is no exception. On her Instagram, she’s spent months posting excitedly about her run as Scarlett in the new musical production:

Gone with the Wind the musical♡ I'm so honored and happy to be playing the role of Scarlett in this amazing production together with such great actors… I'll put my everything into it!! so please get excited for the show~:D #gonewiththewind #seohyun

We’d like to say we knew what to expect from the show now that it’s finally opened, but, well, the magic of K-pop combined with a stage musical about the fall of the white South amid a backdrop of slavery leaves us a bit speechless in practice:

Thanks to a fancam from opening week, we can also enjoy the blazing finale, complete with an impressive number from cast member Park Song Kwon before the final curtain call:

We have to give the Korean writers and choreographers all due respect, here; it looks like they’ve centered the story of actual African-American slaves in their adaptation of the musical more fully than Margaret Mitchell’s original novel, or the famed film version, ever did. Here the house slaves at least get their own dance number, complete with choreography that seems partly inspired by West African tribal dance.

Fans bound for Korea over the next month can snag tickets through the end of the show’s run on Feb. 15.