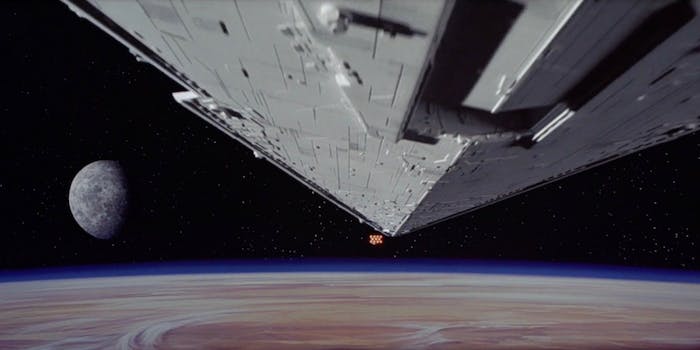 It improves both movies.

The end of Rogue One brought Star Wars fans to the brink of the original trilogy as it demonstrated Darth Vader at his peak, and Princess Leia at her most hopeful.

Now one fan has bridged the two together to make it into an intense and impactful scene.

The editing itself is minimal and mostly in the transition between films, but it raises the stakes. The Death Star plans slipped through Vader’s fingers as rebel soldiers get them to the Tantive IV and out of his reach. But at the beginning of A New Hope his wrath is even greater—and makes more sense—as he finally catches up with the ship and the rebels on it.

Not only does it make two movies released nearly 40 years apart flow together, it shows just how bold Leia Organa was. They both knew that she was there and she lied to his face anyway.