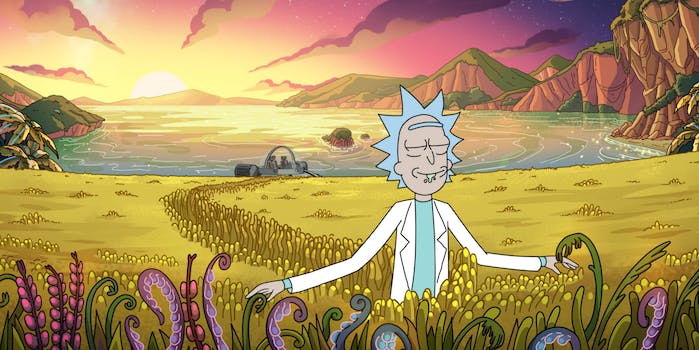 They're here—and that's about it.

You know that a TV show has hit a certain level of popularity when all it takes is an episode title to get fans to start analyzing it. But, more often than not, it’s all quite silly, as Rick and Morty cheekily highlighted in its own episode title reveal video.

By the time it hit its eighth and final season, Game of Thrones ditched its super-vague synopses paired with episode titles announced via press release and waited until after each episode ended to announce each episode title. (The vast majority of them were underwhelming.) Stranger Things, on the other hand, would make an event of it with the release of a new video that offered no context about the titles. It’s clearly the latter that served as inspiration for Rick and Morty’s episode title reveal video, which gives us the titles for the first five episodes of season 4 as the show’s theme music plays.

And the show knows that it’s kind of dumb, noting that “These episode titles don’t really tell you much” on Twitter.

These episode titles don’t really tell you much. #RickAndMorty returns to @adultswim November 10 at 11:30pm pic.twitter.com/k8dlV6VrCV

Like a lot of previous Rick and Morty episode titles, they’re playing off the names of other big properties that may or may not have influenced the episode; most of them have the names of Rick and/or Morty in them. Otherwise, as with every other episode title reveal, there is very little we can discern from them.

For posterity’s sake, here are the episode titles below.

“The Old Man and the Seat”

“One Crew Over the Crewcoo’s Morty”