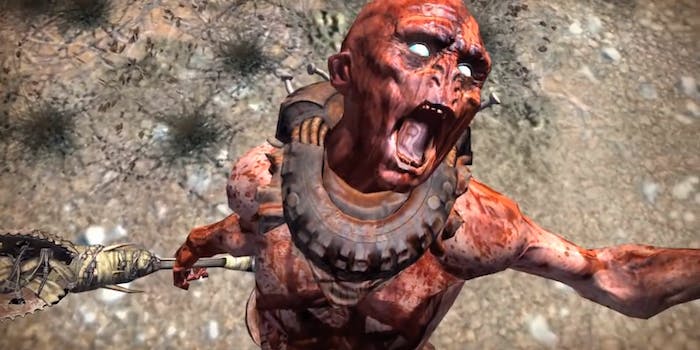 It's anyone's guess if these are legit, but arrows point towards hope for fans of these action franchises

A number of new games, many of them unannounced, appeared on Walmart Canada’s website as pre-order items on Wednesday, strongly hinting at sequels to franchises like Rage, Splinter Cell, Gears of War, and many more.

Games often appear as available for pre-order on retail site months (even years) before their official release, and occasionally a retailer will jump the gun. In most cases, premature postings are the result of a retailer preparing for potential announcements before events like E3, a major annual gaming conference scheduled for June. Readers should exercise a healthy skepticism around news from these accidental postings; however, the volume of unannounced and previously confirmed games might elevate this leak to some notoriety.

The games listed at Walmart.ca are as follows:

Games like Super Smash Bros., Final Fantasy 7 Remake, and Beyond Good & Evil 2 have already been announced sometime in the last few years, while Rage 2 (a successor to id’s post-apocalyptic shooter), Splinter Cell, Just Cause 4, Gears of War 5, and a new Destiny 2 expansion have yet to be officially confirmed. There’s also the curious manner of the listings, such as how “Final Fantasy 7 Remake“ could imply that the game may no longer be episodic as originally announced, and Dragon Quest 2 could be a possible remake of the original 1987 game or just a port. Assassin’s Creed is also vague enough to make us wonder if it’s just a placeholder for a newly subtitled sequel or a remake of the 2007 original.

Again, it’s worth being skeptical of such listings, which will likely disappear quickly. Companies like Walmart prefer to be ready when unexpected E3 announcements go live so it can cash in on all of the fans jumping to pre-order. That said, it’s been seven years since Rage released on the PlayStation 3, five since Splinter Cell: Blacklist, and Just Cause 3 released in 2015. Splinter Cell star Sam Fisher recently appeared in Ghost Recon: Wildlands, so Ubisoft clearly has its stealth action icon in mind for more adventures.

If you want to be ready for all the possible announcements, make sure to check out Daily Dot’s E3 schedule to see when all the various press events are being streamed.

Update 4:45pm CT: The official Rage Twitter account reactivated today after Walmart’s listing went live. We’re not sure if game developers id and Bethesda meant to lend credibility to the leak or just wanted to poke fun at Walmart’s generic placeholder box art, but you can’t knock them for trying to add to the fun.