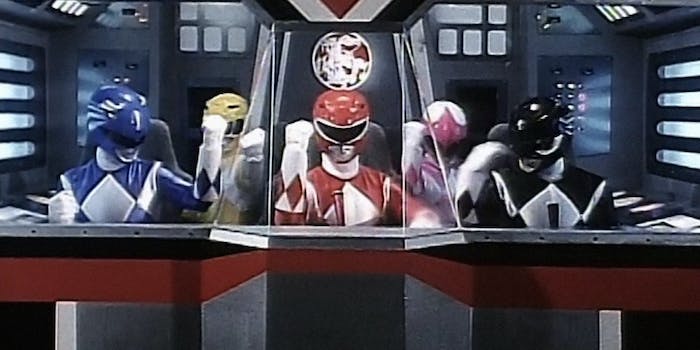 A 17-day long ‘Power Rangers’ marathon is underway on Twitch

If you need to watch over 800 episodes of 'Power Rangers,' Twitch is the place to do it.

Fans often catch up with books, shows, or movies ahead of an upcoming release or reboot, but ahead of the theatrical release for Power Rangers, Twitch is streamlining the process by showing everything in one place.

First announced last week, Twitch is streaming all 831 episodes of Power Rangers—starting with the original Mighty Morphin Power Rangers and venturing into later titles like Turbo, Megaforce, Samurai, Ninja Storm, Dino Charge, Power Rangers in Space, and Dino Supercharge—for fans. After launching Tuesday afternoon, the livestream continues for 17 days until some time on March 30, more than a week after the U.S. release of Power Rangers.

That’s right. Seventeen days of nothing but Power Rangers.

Although it’s practically impossible to stay awake for the entire livestream, fans are keeping tabs of what episodes are airing (and what might air that day) so that fans who pop in on occasion can follow along.

You can tune into the Power Rangers marathon on Twitch. Or, if you want to dive into the show at your own pace, many of the franchise’s shows are available to stream on Netflix.