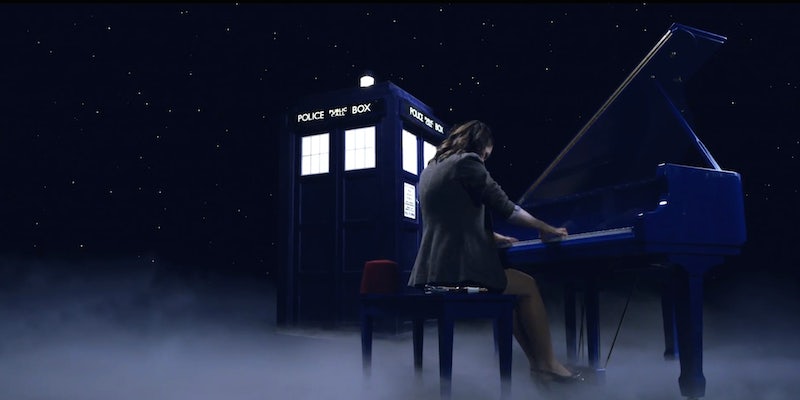 Whovians will love this unique take on the iconic theme.

The Player Piano team of filmmaker and director Tom Grey and pianist and composer Sonya Belousova took a trip through time and space with their latest video for their musical YouTube channel.

The duo decided to honor Doctor Who with an original classical arrangement of the science fiction show’s well-known theme song. Belousova plays the arrangement while dressing like the various Doctors throughout her performance.

“Doctor Who is such a fan favorite among TV audiences, so much so that we’ve received many requests for it as we’ve started the series. It’s a personal honor to be able to compose this tribute and give back to fans for their overwhelming support,” Belousova said in a statement.

A second Doctor Who video is apparently on the way. The end of the clip teases an upcoming performance of the song “I Am the Doctor.”