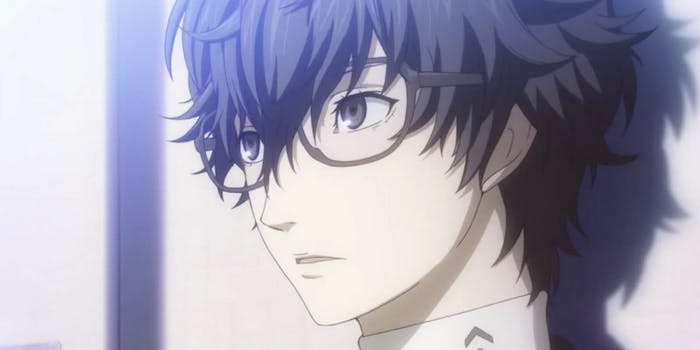 Fans are already freaking out over the new Persona 5 protagonist

Fans are drooling over the new main character in Persona 5.

The Tokyo Game Show, or TGS, is right around the corner. Before the insane festivities begin, Sony put on a pre-TGS conference to announce some new games, including the next entry to the popular Persona. Here’s a trailer featuring the new protagonist.

Fans of the game have been going crazy not for the new game, but also for the new main character. With his shaggy head of hair, glasses, and androgynous good looks, many are already pulling out their fanfic notepads.

why is the protag for persona 5 so cute

A few weren’t so quick to jump on board.

i dont understand why so many people think the persona 5 protag is hot. hes milhouse

But they may be in the minority.

The Persona series is stupidly popular in Japan and has a strong following around the world. The games are a mix of Final Fantasy, Pokemon, and a high school dating sim, with very likable characters. In Persona 4 you played as the new kid in a small town. You would fight monsters, go to the mall with your friends, and occasionally go to another world where you would have to fight monsters. This was also coupled with being able to have relationships with other characters in the game. As you might be able to tell, players can get rather attached.