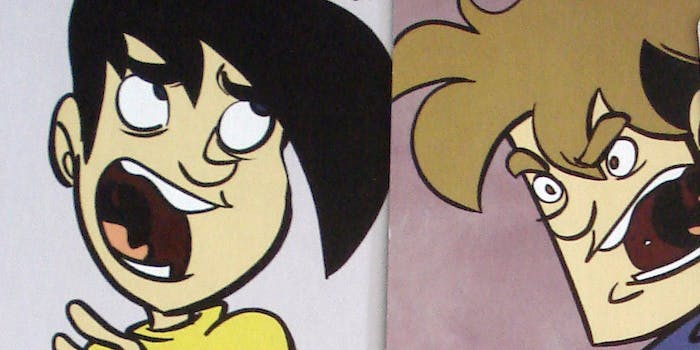 Let’s face it: even with long hours, low wages, and grueling work requirements that would make an unpaid internship for Donald Trump look appealing, most developers would still probably drop everything and form a line to work for Penny Arcade.

Mike Krahulik and Jerry Holkins’ popular webcomic has become one of the most powerful brands in gaming, expanding to including multiple conventions, a successful children’s charity, a video game franchise, and a games journalism site.

But just because Penny Arcade (PA) can have its pick of employees doesn’t mean potential employees don’t want to be courted—or at least lied to a little about the grueling requirements of the job.

Instead, PA put out what has to be the worst job recruitment posting offered up semi-seriously on the Internet. In response, it’s found itself with yet another PR fiasco on its hands: #PennyArcadeJobPostings, a Twitter hashtag full of people taking potshots not only at PA’s working environment, but at its history of alienating people and sticking its foot in its mouth.

All applicants will be called Broseph. Except females because we won’t hire you anyway. #PennyArcadeJobPostings

Just like the games industry we parody, we’re looking for young and ambitious geeks to burn out at minimal expense. #PennyArcadeJobPostings

As a webcomic, PA grew its devoted following through skewering the gaming culture which it’s ironically come to embody: mostly white men, operating in a mostly white male community, who don’t take well to criticism of all the other people they’re excluding. Penny Arcade remains infamous for the Dickwolves controversy, in which a 2010 comic strip featuring a rape joke turned into a still-ongoing discussion about rape culture in the industry.Its real-life component Penny Arcade Expo (PAX) has had more than a few controversial panels, including one at this year’s PAX Australia called “Why so serious?” which implied that anyone who cared about sexism, diversity, and other issues of representation was taking the gaming industry too seriously.

Co-creator Mike Krahulik has come to embody what many see as the franchise’s “foot-in-mouth” problem, with a habit of repeatedly saying offensive or ill-judged things, then issuing somewhat resentful apologies.

So it’s not really surprising that they’ve done it again. The mode, however, is a bit more unexpected: in what’s apparently a fully serious ploy to cut down on the number of applications for what they solemnly expect to be “the most competitive position we ever hire for,” PA posted a job recruitment listing to LinkedIn which includes “perks” like long work, low pay, and “a potentially offensive environment.”

“We are quite literally looking for a person that can do four jobs,” they stressed.

We’re terrible at work-life balance…we’re not a terribly money-motivated group. We’re more likely to spend less money on salary and invest that on making your day-to-day life at work better.

It’s true that a job at Penny Arcade is a geek’s dream, not only because of the fan following it commands, but because working there would probably open doors to just about anywhere else in the industry… if you could stomach the sexism, transphobia, and general dismissal of the ‘P’ word.

it sure will be a PRIVILEGE to work for us! heh. i made a little joke, you see. #PennyArcadeJobPostings

“Bathroom breaks will be timed via stopwatch! It’s part of the FUN!” #PennyArcadeJobPostings

As news of the job listing spread, the tag caught on:

Some gamers were willing to give PA its “props for transparency.” As Hacker News reader patio11 put it:

The video game industry is generally much less explicit about the fact that they are structurally dependent on exploiting enthusiasts to work for them for below-market wages until they are burned out and replaced by younger, cheaper enthusiasts.

But on Twitter, while some denounced the criticisms as kneejerk hate, most people were simply content with mocking the industry’s harsh work standards.

But don’t look to the most recent Penny Arcade PR nightmare to make ripples in the industry concerning treatment of employees any time soon. “They’ll probably get a thousand applicants,” fumed coder Christopher Buecheler on his Tumblr earlier today:

A bunch of 25 year-old kids with a ton of talent and stars in their eyes are going to try to get this crap job for crap pay so they can work somewhere “cool” and feel like a part of something big. The Penny Arcade “machine” (their term) will roll on, making its millions of dollars while somehow retaining the ‘little guy’ image that hasn’t been accurate for at least five years, and probably more.

Buecheler points out that ultimately PA’s snarky sense of transparency points to a larger problem within the industry. Even with the world’s worst job descriptions, there will never be a shortage of fans to burn themselves out over the gaming industry that they love.

And PR problems aside, that’s a glut of longsuffering love that no savvy business is likely to turn away.