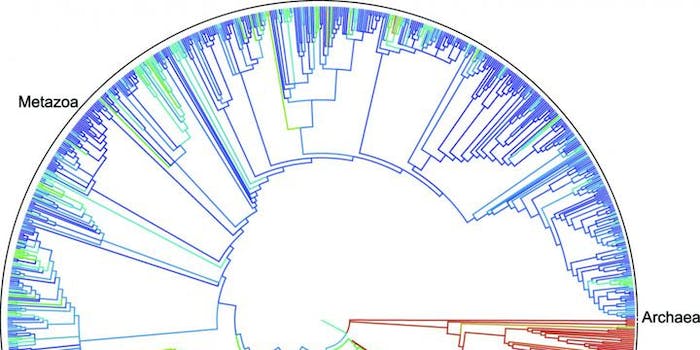 It's just the first draft, but it's already beautiful.

You may remember your biology teacher saying, “We all came from the same pond scum,” in reference to the billions of years of evolutionary history that transformed us from single-celled organisms into the complex living machines we are today. To illustrate this fact, scientists recently released an open-source map of that journey called the Open Tree of Life. 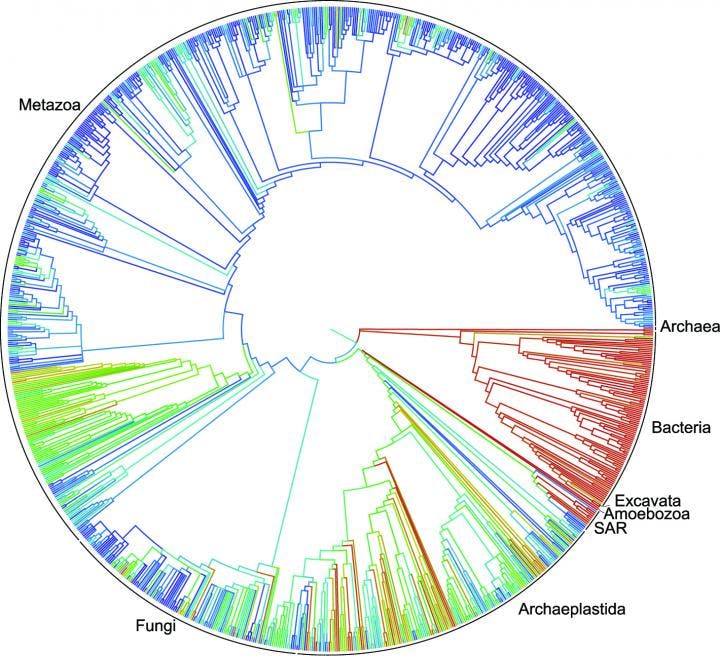 The project is an attempt to consolidate other researchers’ disparate and contradictory trees of life into one generally agreed-upon tree. The current tree is just a first draft, based on slightly fewer than 500 smaller trees. It will be updated as new information about the order and classification of all living species comes to light.

Scientists can register at opentreeoflife.org and submit their own updates. It’s similar to how anyone can update Wikipedia, albeit with some peer review.

The Open Tree of Life also beautifully shows the humble beginnings of all life on Earth, stemming from a single common ancestor that arose about 3.5 billion years ago. The latest tree was published in the Proceedings of the National Academy of Science.

Researchers need to accurately classify species in order to understand how they are related to one another. Trees of life help us understand who our first, second, and third cousins are in our evolutionary family. More importantly, these trees can also contribute to public health.

“Understanding how the millions of species on Earth are related to one another helps scientists discover new drugs, increase crop and livestock yields, and trace the origins and spread of infectious diseases such as HIV, Ebola and influenza,” the researchers said in a press release about the new tree.