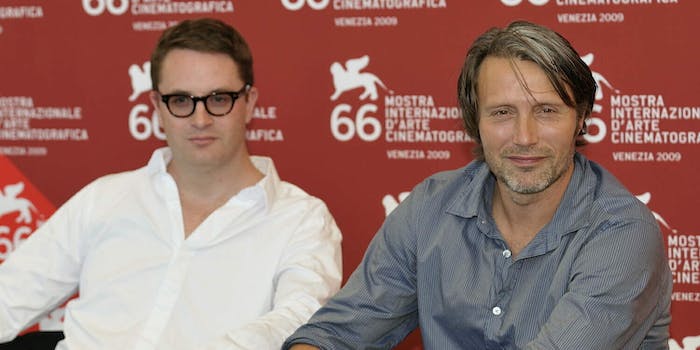 There are way too many streaming services already, but this one has a uniquely tempting selling-point: It’s free. Created by Danish indie director Nicolas Winding Refn (Drive; Only God Forgives), byNWR will specialize in obscure cult movies. Its library ranges from extreme religious propaganda to sexploitation movies, playing to an audience of vintage film buffs and Grindhouse fans.

In an article written for the Guardian, Refn explained his vision. Inspired by the “terrifying” and “thrilling” experience of the current political climate, he wrote that “we have to embrace such an apocalyptic time.” Apparently, this involves being pushed out of our comfort zone with “challenging art.”

“Cinema has become like Chinese food,” wrote Refn. “It gives you cheap, instant pleasure, like an orgasm, but it’s not very healthy or interesting.” Let’s just say he’s not afraid to voice some controversial opinions.

To kick off this plan for free access to provocative art, Refn curated a playlist of four vintage movies—none of which you’re likely to know already. He bought and restored them himself and decided to make them available online. They are a black-and-white thriller called Night Tide starring Dennis Hopper, an exploitation film called The Nest of the Cuckoo Birds, a wildly overblown 1970s Christian propaganda movie called The Burning Hell (“Yes, it’s laughable, maybe even terrible, but this only serves to make it more unique,” wrote Refn), and finally Hot Thrills and Warm Chills, a sexy heist movie that Refn described as “a prime example for the argument that art doesn’t have to contain a single drop of good taste.”

With his comments on Trumpian politics and a curmudgeonly view of cinema in 2018, Refn has some lofty plans for this streaming service. It’s hard to imagine it having that kind of impact, but if you’re into obscure vintage movies, it’s definitely worth checking out.

It also provides some insight into Refn’s own work—which runs the gamut from mainstream success (Drive) to total flops (Valhalla Rising)—invariably involving extreme violence. He may be an acclaimed filmmaker with European art cinema credentials, but remember: He claims his entire career was inspired by seeing The Texas Chainsaw Massacre as a teen.