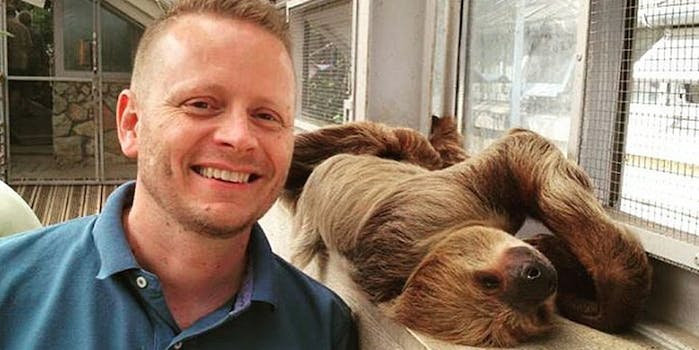 Here’s what you need to know about the new ‘Doctor Who’ spinoff, ‘Class’

Get ready, Doctor Who fans: Darkness is coming to London, and this time a band of teens from Coal Hill School will be chipping in to protect the universe.

The BBC announced last night that a new Doctor Who spinoff Class is on the way. Young Adult sensation Patrick Ness, author of the bestselling Chaos Walking series, will be scripting the eight-episode series, to be produced by Who showrunner Steven Moffat and its executive producer Brian Minchin.

I HAVE MY OWN FREAKIN’ TV SHOW! And it’s a Doctor Who spinoff!!! Hands literally shaking…

The short series will be a Young Adult urban fantasy focusing on Coal Hill, a fictional secondary school (high school) that was featured in the very first episode of the series in 1963. Over the years, Coal Hill has had a long and close relationship to the Doctor—his granddaughter Susan attended it, and he’s gained several of his companions by whisking them away from their respective roles as teachers and students there. A military battle against the Doctor’s archvillain the Daleks occurred there in the episode “Remembrance of the Daleks,” and the latest companion Clara has been teaching English there for the past several years.

Ness, who previously wrote the short ebook Tip of the Tongue for Doctor Who’s 50th anniversary, promised the series would focus on the lives of new teen heroes in the vein of Buffy, as well as introduce fans to an all-new crop of monsters.

“I can’t wait for people to meet the heroes of Class, to meet the all-new villains and aliens, to remember that the horrors of the darkest corners of existence are just about on par with having to pass your A-Levels,” Ness stated.

Speaking to The Guardian, Ness added:

I get asked a lot ‘why did you write start writing YA’ and my answer is always: the story told me what it needed to be. And I always thought my job at that point was just to go, ‘Great, let’s see where it goes’. Because I put the same everything into my YA books that I do into my adult books; the same emotional investment, the same time, the same ambitions, the same darknesses. That’s how I responded to the stories I want to tell in ‘Class’. I could feel them roiling and twisting and turning, and just thought, ‘Great, let’s see where it goes.’

Ness will be the show’s first openly gay head writer since the departure of Russell T. Davies, who created the revival series. This is his first TV show.

To celebrate, he Instagrammed a picture of himself where all the action will be happening next year:

The series will begin production in the spring and air toward the end of 2016.