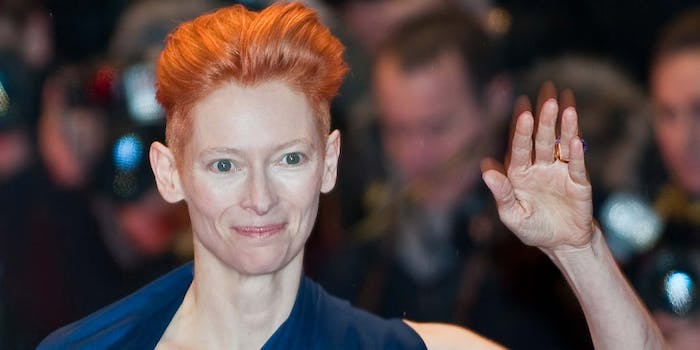 We can't wait to see what the man who brought us 'Snowpiercer' does with this project.

Netflix has greenlit another offbeat but exciting project: a monster movie from Korean director Bong Joon-Ho.

Okja, co-produced by Brad Pitt‘s production company Plan B, is an adventure story about the friendship between a “country girl” and a monstrous beast with a “mild and kind spirit.” This sounds like a heartwarming tale, but since Bong is best known for the Korean horror movie The Host and last year’s dystopian drama Snowpiercer, we’re assuming Okja has a dark side as well.

Variety reports that Jake Gyllenhaal, Bill Nighy, and Snowpiercer actress Tilda Swinton will appear in Okja, which will be filmed in Korea and the United States.

“For Okja, I needed a bigger budget than I had for Snowpiercer and also complete creative freedom,” said Bong. “Netflix offered me the two conditions that are difficult to have in hand simultaneously.”

This interest from Netflix may be thanks to Snowpiercer‘s cult success on VOD services, after the film received rave reviews but a limited theatrical release due to conflicts with its U.S. distributor.

Okja is scheduled for theatrical release in 2017, but the Netflix connection suggests that it may be released simultaneously online like Beasts of No Nation was this year.