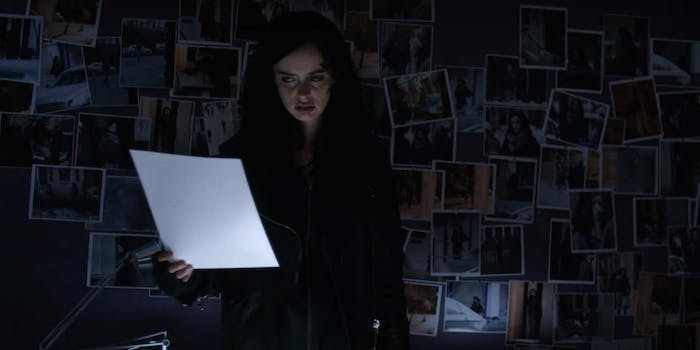 Forget all about 'Doctor Who,' because David Tennant is seriously terrifying in this show.

We already suspected that Jessica Jones would be the darkest Marvel Studios production to date, and the newest trailer seals the deal.

The first trailer introduced Jessica Jones (Krysten Ritter) and the other main characters, but this one goes a little further by exploring Jessica’s rather miserable life as a hard-drinking private investigator. She’s violent and often angry, haunted by memories of the manipulative Kilgrave (David Tennant), whose mind-control powers are showcased here to terrifying effect.

Fans of Jessica Jones’ Alias comics will see plenty of familiar themes here, with one obvious difference: Jessica’s superhero backstory seems to be on the back-burner.

Instead of being publicly known as a former (if minor-league) costumed hero like in Alias, this trailer implies that very few people are aware of Jessica’s superpowers at all. Given that there are far fewer superheroes in the Marvel Cinematic Universe than in the comics, this totally makes sense.