Thanks to NASA, you can watch Mercury cross the face of the Sun from Mars

This isn't your standard viewpoint.

On June 3, Mercury flitted across the sun. You may be forgiven for not noticing—the planetary transit (to use proper science lingo) was only visible from Mars. Fortunately, you don’t have to miss out on this cool sight because robotic eyes on the Red Planet captured the event.

NASA’s Curiosity rover recorded Mercury’s transit with its Mast Camera. A video from NASA’s Jet Propulsion Laboratory (JPL) released this week shows a clip of the crossing. Two dark sun spots overshadow the tiny, blurry Mercury in the clip. But no worries—the cool people at JPL enhanced the video and circled the fuzzy planet so you won’t miss it. You can check it out here.

This is the first time we’ve seen a planetary transit of the sun from any other planet besides Earth. We’ve seen plenty of transits from Terra Firma. Not only are these events pretty cool to observe (remember the Venus transit in June 2012?) but they also are important.

To see a planetary transit you need to be in the right place at the right time. Lt. James Cook sailed around the world in 1768 just to get to Tahiti and see a Venus transit. In fact, that’s the one that Lemmon mentioned helped us figure out how big the solar system is.

Transits also gives scientists a way to find alien worlds. When a distant planet crosses in front of its star, the total light shining from that star decreases just a bit. It’s a mini eclipse that researchers can see if they are looking. This tells them the size and the rough composition of that planet. 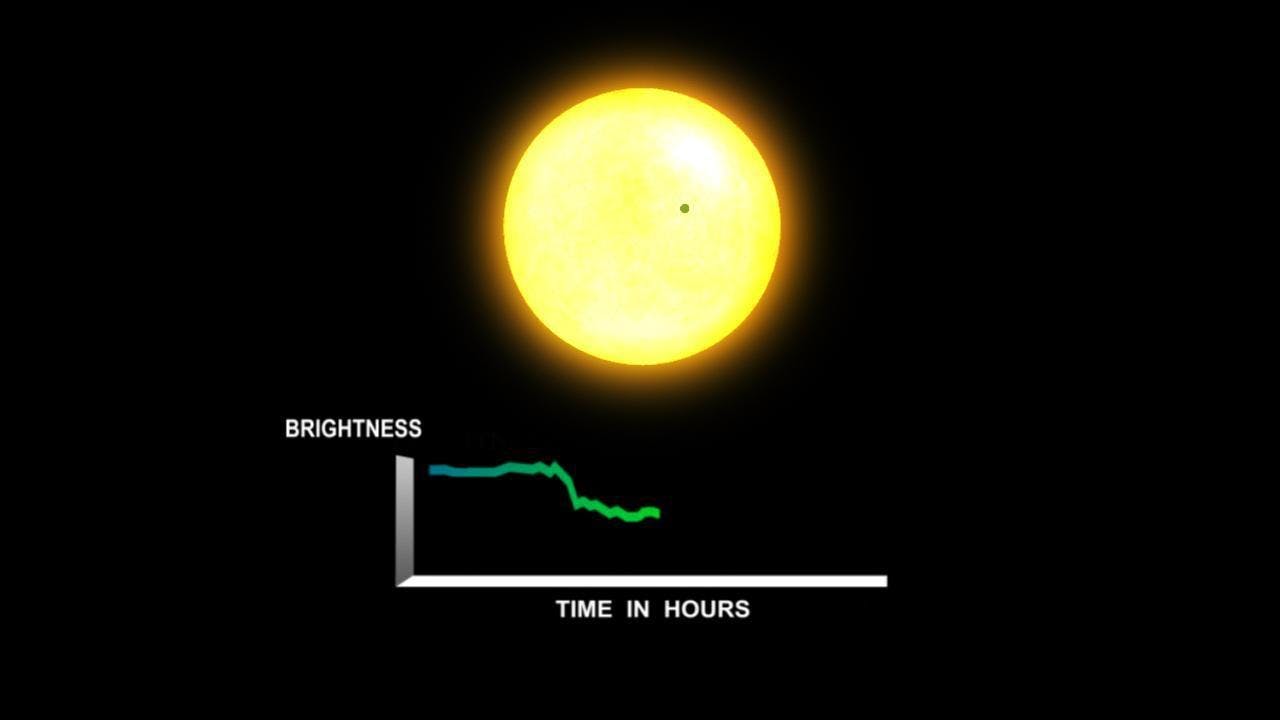 If you missed the Venus transit, you’re out of luck for seeing a crossing with your own eyes. That is, unless you can get to Mars. Viewers on Mars can see the next Mercury transit on May 9, 2016 or another one in 2015. Venus will take its turn in August 2030. And future Mars colonists have a chance in November 2084 to see Earth’s transit across the Sun.