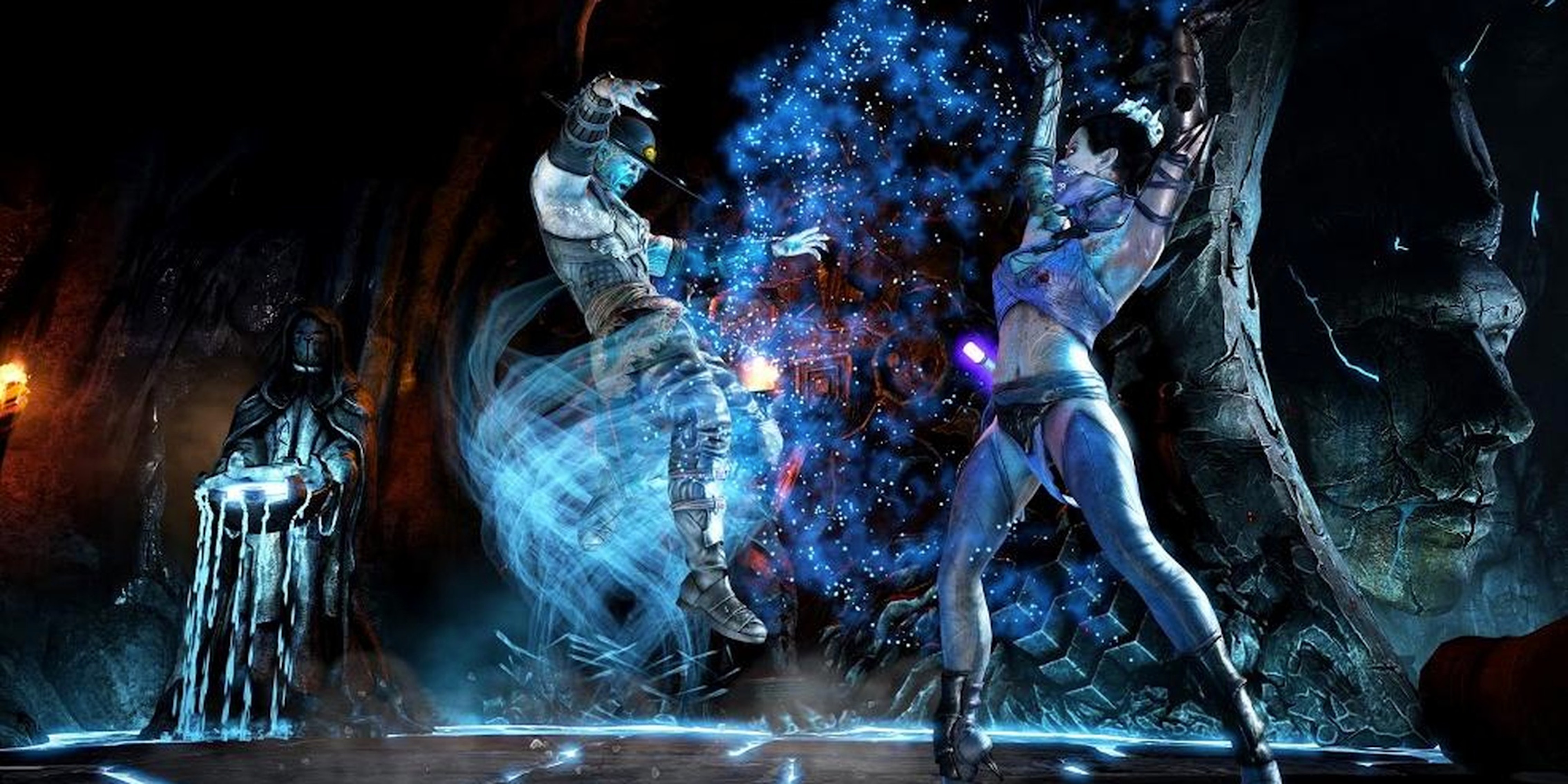 Competitive fighting gets an upgrade and moves online.

The near-clean slate afforded by the series’ successful reboot meant that a sequel wouldn’t be tied down to much of the franchise’s lore and storylines prior to 2011. Its developer, NetherRealm Studios, capitalized on this, mixing new characters with classic ones while adding layers of new modes and features on the foundation set by the previous game. In a series where fighters can still compete after their spines are snapped and eyes are gouged, NetherRealm knows where realism makes sense when where it doesn’t. This is much thanks to the direction of franchise co-creator Ed Boon, whose 23-year involvement with series is unheard of in this industry. 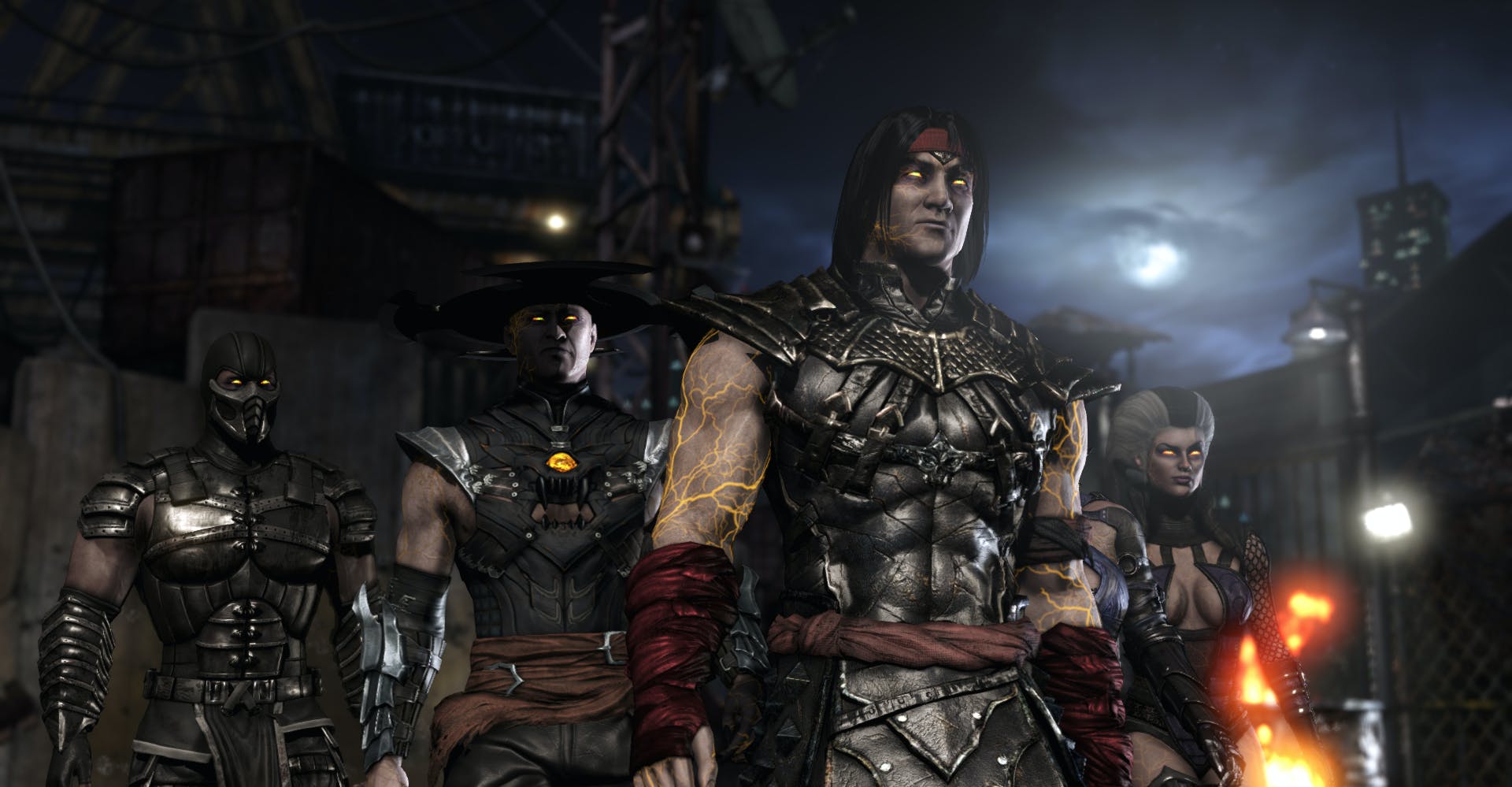 Given that many associate fighting games today with player-vs-player competitions, it’s a credit to Boon and his team at NetherRealm that they’ve always seen value in a story-driven, single-player experience. And while much of the overall narrative involves combat in otherworldly environments, Mortal Kombat X strikes a fine balance between fantastical and earthly settings.

Much like the last game, the story mode is presented as a singular narrative, a contrast to Street Fighter IV, where each character has their own self-contained tale. Mortal Kombat X’s story is seen through the eyes of several characters, switching playable combatants after a few matches. It’s more than a playlist featuring new and old cast members. The pace of battle changes frequently and for the better. Sub-Zero’s chapter, for example, is essentially a brief series of fights against some of the next-generation characters like Cassie Cage, daughter of Sonya Blade and Johnny Cage, and Jacqui Briggs, daughter of Jax Briggs. It’s a practical assembly line, where each young opponent has their turn in fighting this classic, ice-enhanced fighter. Conversely, other storylines are less linear, many jumping across various settings and even time periods. 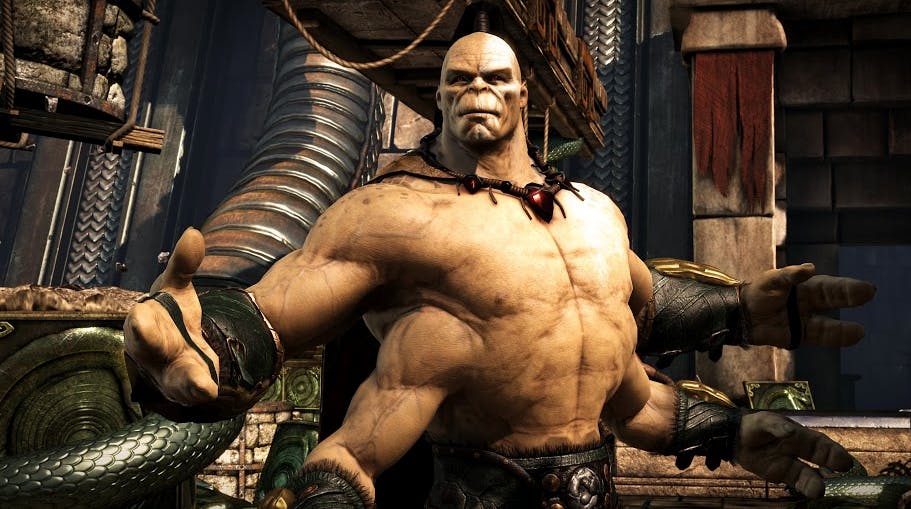 Rather than coast on the success of the last game by merely modifying the roster in the sequel, NetherRealm took a risk in tweaking the series’ combat fundamentals. Each character now has a trio of selectable variant movesets that provide more nuanced ability options. These variants are what makes Mortal Kombat X stand out. On top of each fighter’s base moveset, these variations offer opportunities and  flexibility for players who might’ve had prior issues defeating a specific character. If you’re a Kung Lao fan who’s always had trouble against Liu Kang, maybe all you needed to alter that win-loss ratio in your favor is Kung Lao’s new trap-enhanced Hat Trick variant.

These variants could have easily been used to create a grand roster of new characters, but that would have diluted the fighter pool, not unlike the overabundance of fighters in Mortal Kombat: Armageddon. Instead, these new skills enhance long-established movesets of many classic fighters—characters whose fans who have long since committed button commands to muscle memory. More importantly, these added skills suit each respective character. Jax, for example, has an enhanced ground pound, a rocket launcher, a submachine gun, a back-breaking move, and a multi-slam attack. The availability of each move is dependent on which variation you pick. 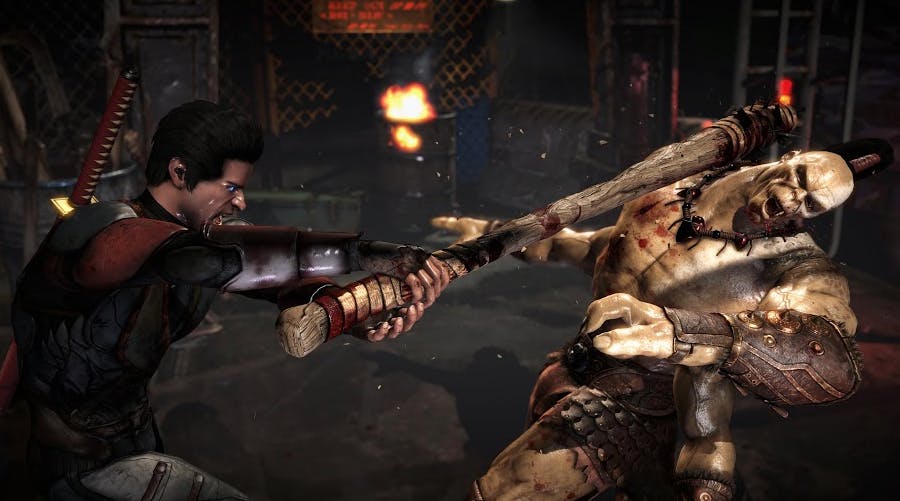 Many mainline Mortal Kombat installments have progressively rewarded serious players who are eager to master every updated moveset. The variation in Mortal Kombat X doesn’t exactly multiply these movesets by three, but these new abilities create a higher-than-normal learning curve; it’s nothing that skilled players can’t handle. Button mashing can only get you so far, enough to potentially scratch the Top 50 percent in the leaderboard but never past that. That said, the compelling brutality, cringeworthy X-ray injuries, and the ease of the basic moves makes Mortal Kombat X accessible and appealing enough for even the casual fighter.

Despite Mortal Kombat’s offline origins, the series’ inherent design as a competitive multiplayer game has allowed recent installments to blossom online. Mortal Kombat X thrives on this, with a layered experience bereft of filler and a couple modes short of being called “robust.” NetherRealm knowingly stuck to what works for Mortal Kombat online play, with no novelty mode in sight. Along with the standard-issue King of the Hill and Team Battle modes, Rooms functions as a well-organized mix of pre-made and user-created lobbies for easy matchmaking. 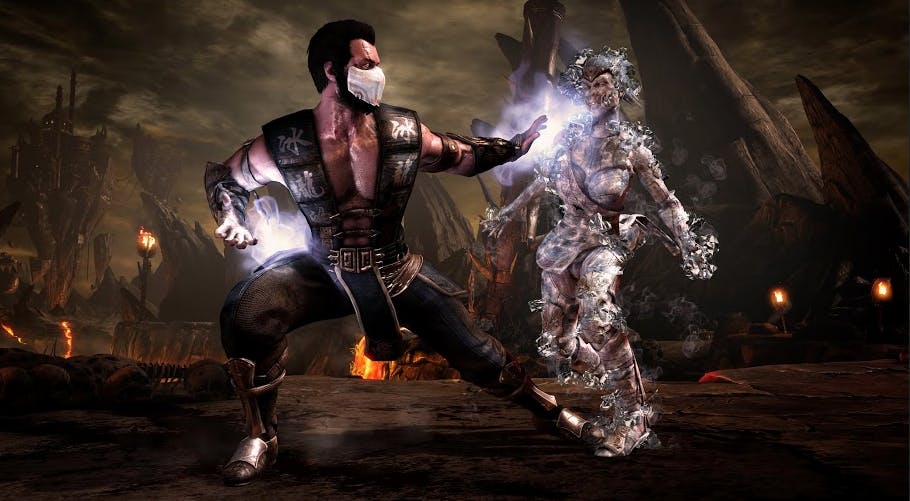 Climbing up a column of AI competitors like a racquetball ladder is a form of progression that dates as far back as the original Mortal Kombat. It simply started as the single-player playlists in the arcade versions and has since evolved into an offshoot mode known as Towers. It’s easy to see the appeal of these playlists. Different towers have different requirements, whether it’s testing your endurance across the game’s entire roster or seeing how long you can survive on a single non-replenishing lifebar. It’s a format ripe for constant modifications, which is where the Living Towers come in. This mode’s ever-changing playlists greatly add replay value for the single-player enthusiast, comparable to the intrinsic replay value of multiplayer. There are three active towers at any time and playlists change hourly, daily, and weekly. The gratification of clearing new towers as they become available is compounded by the seemingly limitless variety of modifier-enhanced playlists Netherrealm throws at you. You might have mastered countering Sonya Blade’s variant movesets, but can you take her on while Cyrax’s bombs are falling from the sky? How does a match change when the recovery period of an uppercut is improved?

The temporary and seasonal draw and replayability of the Towers is complemented by the weekly asynchronous multiplayer mode known as Faction Wars. 23 years of universe-building has created enough characters that they can be grouped into one of five factions. After picking one group, many of your achievements in battle will translate into points for your faction. In keeping with the outworld invasion premise of the campaign, Faction Wars also has a periodic invasion event where the entire community works at chipping away at a boss’ extended lifebar. If the invasion’s Week 1 boss, Mileena, is any indication, every boss performs at the hardest possible difficulty, so there’s no shame in losing as long as you dealt some damage. It’s an opportunity for the entire community to compete for a single goal. Even those who prefer the solitary experience of the story and playing against the AI are meaningful contributors.

After the kitchen-sink roster of Mortal Kombat: Armageddon, the 2011 reining in and reboot of the series was the change the franchise needed. NetherRealm wisely (and unsurprisingly) responded to Mortal Kombat’s critical and sales reception with Mortal Kombat X, a fighting game that has just enough new features that it’s hardly a more-of-the-same sequel.