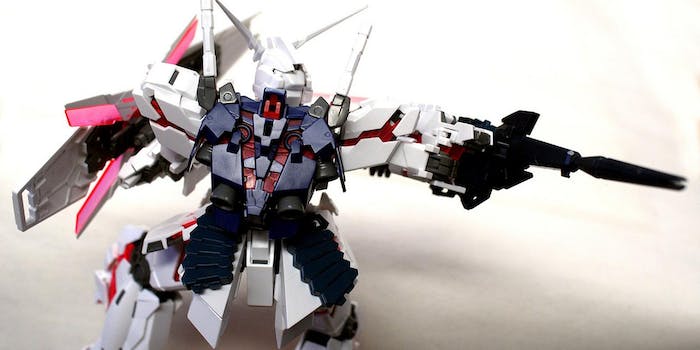 Check out Mobile Suit Gundam Unicorn in a jiffy.

Mobile Suit Gundam Unicorn is an anime based on the popular novel by Harutoshi Fukui that follows a young boy living in a war-rattled space colony far in the future.

The animated adaptations of the story have been released over six 50-minute episodes since 2010, but it’s now wrapping up with a seventh and final episode on June 6 in America. (The episode was already released on May 17 in Japan.)

A lot of time has passed since the sixth episode came out in August 2013, so a refresher course is obviously needed before the adventures of Audrey, Banagher, and company can resume.

While the recap will ring bells for longtime and possibly even casual fans of the series, how will it go for someone who has never seen the series—like me?

I decided to give the recap a look to see if I can summarize the entire show history up until now.

So, from what I can gather, young heroes Audrey and Banagher are charged with the mission of securing Laplace’s Box (using Mobile Suit Gundam Unicorn, which can track it), before it falls into the wrong set of greedy hands (of which there seems to be many) bringing about the end of the world. Also, there are a lot of sad parts involving giant machines and humans falling dramatically into Earth’s orbit.

Gundam Unicorn fans, how did I do?