The best mobile games for killing time on Black Friday

Distract yourself from Black Friday frustration with these mobile games.

If you partake in Black Friday sales, you will inevitably stand in interminably long Black Friday lines. We’re here to help, with some fun mobile games to fill the time. 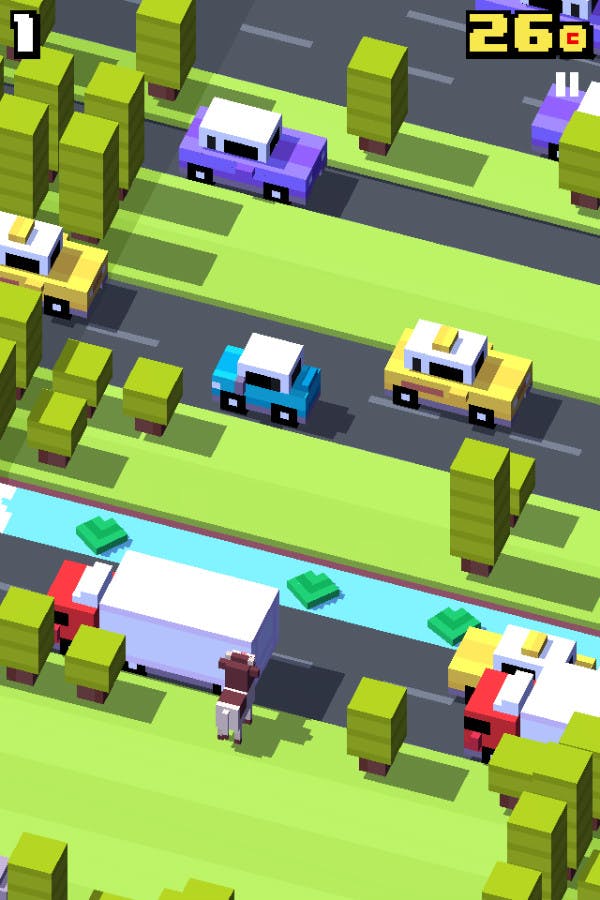 Crossy Road is free to play, and essentially a clone of the old arcade game Frogger. You control an animal and tap your finger on the screen to make the animal move. Then dodge cars while crossing busy highways, jump from log to log to cross rivers, and avoid high-speed trains when you cross their tracks.

You earn coins for your progress, and at every 100 coins you can pull the lever of an old-school toy vending machine and get another animal to use. The different animals are purely cosmetic—they all move the same way.

Unless you’re really good at Crossy Road each attempt will take under a minute, and how funny you find each animal’s end will depend on how dark your sense of humor is. We personally enjoyed crossing a set of train tracks with a cow, hearing the train horn, seeing the train, and then realizing our cow just wasn’t there anymore. We also enjoyed crossing the street with a chicken, only to see it get plastered flat on the side of a delivery truck. 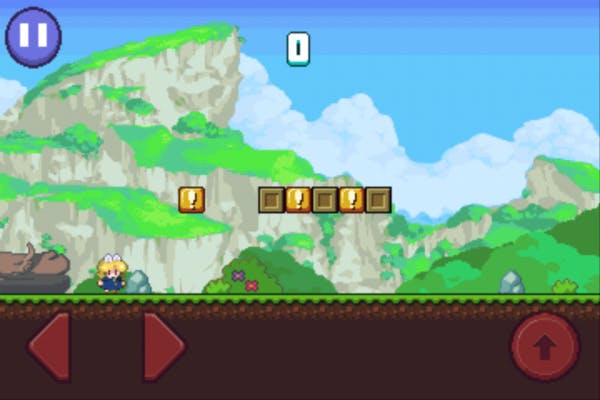 From the art, to the music, to the core game design, Super Bunny World is a shameless free-to-play Mario rip-off. You collect coins, smash blocks by jumping into them, and kill bad guys from jumping onto them. It’s amazing that mobile developers can get away with this stuff.

If there is a core gamer in line next to you, hand them Super Bunny World and count how many seconds it takes for the ironic commentary and complaints to begin. It’s also good for inspiring conversation about the rampant game cloning problem on mobile devices. 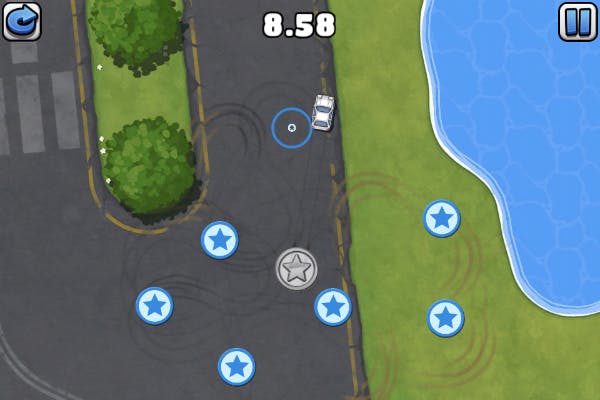 Checkpoint Champion is a free-to-play car racing game that looks adorable when it loads up for the first time. The cartoony animations are clean and smooth. You touch the left or right side of the screen to steer in that direction, and hold both sides of the screen to boost your speed. Very simple, very charming.

That’s until you realize the car has no brakes. And that the steering is touchy as hell. And that you usually have between three and 10 seconds to finish a driving challenge that requires precision steering. And that unless you complete challenges and earn stars, you are not allowed to proceed to new stages.

Checkpoint Champion is very well crafted, and fun if you have the requisite frustration tolerance. This might be good cover if you think dropping some F-bombs will ease the frustration of being stuck in line. We certainly dropped a few while playing this game. 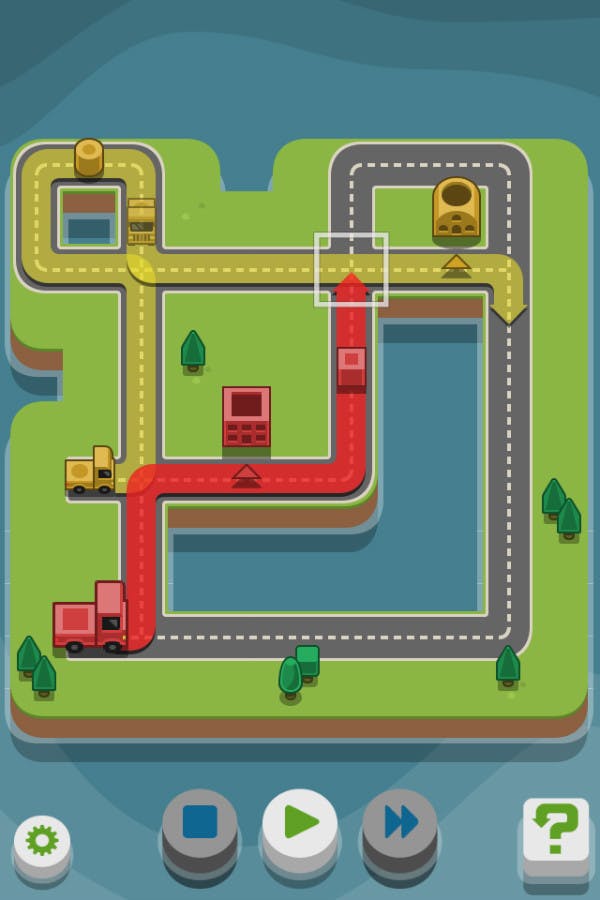 RGB Express is the only premium game on this list and is worth every penny of the $2.99 you’ll pay for it.

There’s a box lying on the road. Your truck has to drive over the box to pick it up, and then stop in front of a building to deliver the box. You use your finger to draw the truck’s path, and the rules are that you may only cross your path at an intersection, and may never backtrack along your path. You may only carry one box at a time in the back of the truck, deliver one box per building, and have to deliver all the boxes to finish a level. It’s pretty simple once you start playing.

Some levels will have multiple trucks, and their corresponding boxes and buildings are all color-coded. You have to draw their different routes following the same rules as before. You may only cross routes at intersections, may never backtrack along previously used routes, and now you also have to make sure none of the trucks hit one another while they run their routes. This still seems very easy, the first time you do it.

Then you try this with three different colored trucks, when they each have multiple boxes to deliver. Or you have only one truck, but four boxes to deliver to four different buildings, and the map is very small, with lots of twisty roads. RGB Express presents some very complex puzzles, but it’s satisfying as hell when you get them right.

Save RGB Express for the really long Black Friday lines—the lines you will tell people about 10 years from now—because you still can’t believe you had the patience to wait through them.