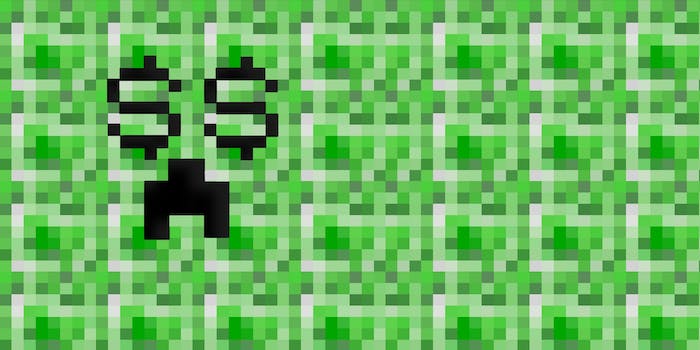 Where did the money go?

DashCon may have been an unmitigated disaster, but at least there was something to scoff at. An unofficial Minecraft convention never even took place, and the organizers have disappeared with $500,000 in ticket sales.

Anyone who paid $150 for their ticket to Mineorama and seeks a refund will receive no satisfaction from the event’s Twitter account, which has been deleted. They can, however, read complaints on Twitter from all the potential con-goers who have been seemingly scammed out of their money.

Mineorama was meant to take place in New York from July 11 to July 13. The Mineorama Facebook page describes the event as “A Fan Based Youtuber Convention to Support Education through the BEST of Minecraft™; Gaming, Educational Benefits, Celebrities, Art, Cosplay and Passion!”

The event was largely the brainchild of Lou Gasco, one of the founders of The Greatest Science Fair Ever, a non-profit organization meant to organize huge science fairs by way of inspiring interest in science, technology, engineering and math (STEM) education. Mineorama was to be a for-profit event that would tap into the popularity of Minecraft, specifically Minecraft on YouTube, and use the money to fund The Greatest Science Fair Ever.

Mineorama was scheduled to play host to content like a contest to replicate famous landmarks in Minecraft, educational panels, and appearances by physicist Dr. Deborah Berebichez and YouTuber Lindee Link. Total ticket sales for Mineorama have been reported at $500,000.

An update to the Mineorama Facebook page on July 7 reads “It is with deep regret that I have to inform you that @mineorama has been postponed, stay tuned for updates.” An update the following day expresses a willingness to answer questions and lists a contact email address.

That would be the final update for Mineorama on Facebook. Tweets from the now-deleted Mineorama account on Twitter explained that the event was postponed because the ticket sales couldn’t cover convention expenses of $750,000.

When Jason Schreier, a reporter at Kotaku tried to get a hold of Timothy Carroll, one of the Mineorama organizers, Carroll couldn’t get off the phone fast enough.

Compared to the people scammed by Mineorama, DashCon attendees got off lucky. They, at least, will have their memories of the ball pit.