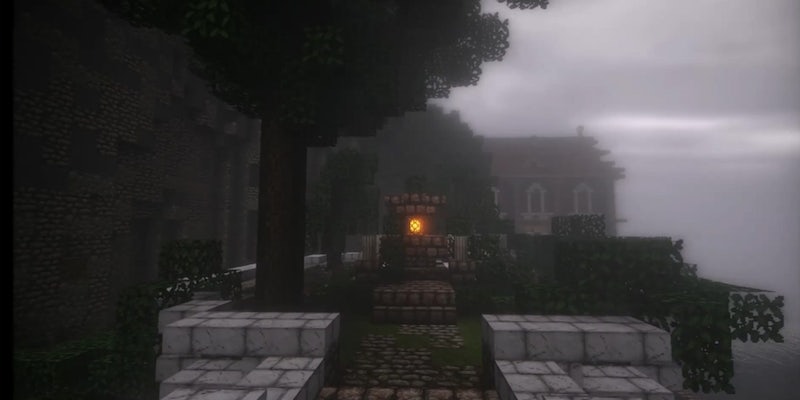 Why take a vacation when you can visit inspired places like this in Minecraft.

Planet Minecraft user kenofox is a bona fide master builder, regularly producing some of the best Minecraft work out there. But this build might top them all.

“Blugough Town” is a seaside village with a Renaissance-style aesthetic, meticulously constructed in Minecraft. It’s yet another example of the skilled craftsmanship that master builders regularly demonstrate on YouTube.

Blugough Town is also a demonstration of what texture packs builders can add to Minecraft. Texture packs are new skins that wrap around the blocks players build with in the game. Mash-up texture packs, for example can be themed to other video games, like Mass Effect and Skyrim. Other texture packs can add increased levels of detail to the default-style blocks.

Notice in the Blugough Town video the way that leaves and grass move as if blown by the wind. Then there’s the subtle shading on the cobblestone blocks that make up Blugough Town’s roads, the hanging lamplights, the wood gradients—none of that exists in vanilla Minecraft. A good texture pack can radically change what Minecraft builders are able to produce.

You can see all the improvements in Blugough Town’s building materials and take a walking tour of the town for yourself (if you run Minecraft on PC.) The entire file for Blugough Town is downloadable from kenofox’s Planet Minecraft collection.