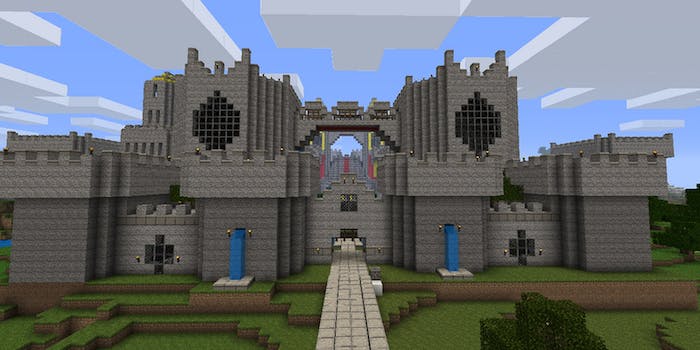 Microsoft reportedly in talks to buy Minecraft for $2 billion

The multi-platform game has sold more than 50 million copies since 2009.

Microsoft is in talks to buy the Swedish-based company behind Minecraft, according to a report from The Wall Street Journal.

Neither Microsoft nor Mojang AB have commented on the alleged deal. An unnamed source told The Wall Street Journal the deal could be signed as early as this week and is valued at more than $2 billion.

If the purchase does go through, Mojang could give Microsoft a built-in group of younger fans. It would also be the first multi-billion dollar grab by Microsoft’s new chief executive Satya Nadella since starting the position.

Minecraft is Mojang’s most successful game to date, currently available on multiple platforms and selling more than 50 million copies since it was released in 2009. It’s not yet clear what the move would mean for Microsoft’s competitors (e.g. Sony’s Playstation).

Nothing has officially been signed yet, but people already have plenty to say about the deal and the implications of a Microsoft-owned Minecraft.

Microsoft announces that decentralized Minecraft provides a worse experience, and all Minecraft services will migrate to data centers.

The proposed deal may come as a shock for some who’ve been following Minecraft. Markus Persson, the creator of Minecraft, balked when Microsoft wanted to certify Minecraft back in 2012.

Got an email from microsoft, wanting to help “certify” minecraft for win 8. I told them to stop trying to ruin the pc as an open platform.

I’d rather have minecraft not run on win 8 at all than to play along. Maybe we can convince a few people not to switch to win 8 that way..

Later he seemed to work out his differences with the company. Microsoft and Mojang have not responded to the Daily Dot’s request for comment.