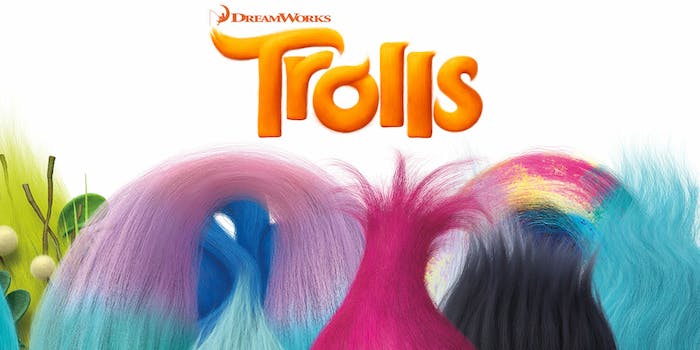 The McElroy brothers want to use their podcast fame to get a cameo role in Trolls 2. Will they succeed?

Your latest must-listen podcast covers an unlikely topic: the animated movie Trolls 2, scheduled for release in 2020.

The McElroy Brothers will be in Trolls 2 is somewhat self-explanatory. The three McElroy brothers—Justin, Travis, and Griffin—are niche internet celebrities, and they want roles in the DreamWorks sequel to Trolls, starring Justin Timberlake and Anna Kendrick. Since the first movie included cameo parts for several famous YouTubers, they figure they at least have a chance.

Recorded in the style of prestige documentary podcasts like Serial, The McElroy Brothers will be in Trolls 2 follows the McElroys’ entirely unironic quest to become animated trolls.  It’s funny and absurd and self-deprecating, featuring deadpan input from their long-suffering agent Joel. After just two episodes, it’s No. 1 on the comedy podcast charts.

If you haven’t heard of the McElroys before, that isn’t a problem. They’re known for their podcast My Brother, My Brother, and Me, along with several spinoff podcasts, the cult video game YouTube series Monster Factory, and a six-episode TV show. But for the purposes of this podcast, all you need to know is that Trolls 2 is a plausible goal. It’s also completely ridiculous, which is why it’s so entertaining to root for their unique route to the American Dream.