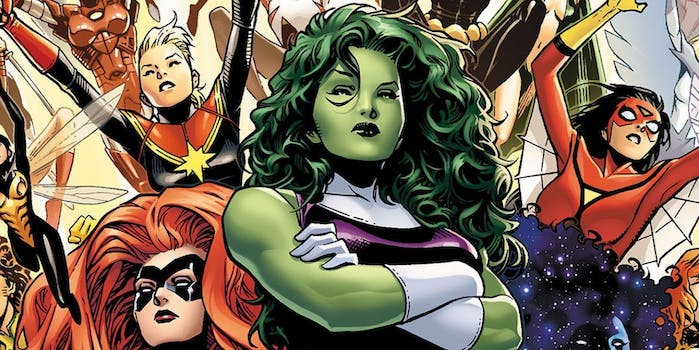 These 10 Marvel heroes need their own movies

Black Widow is the most obvious choice on this list, but Adam Warlock? Or Nova? Hmm.

Eight years into the Marvel Studios franchise, there are more sequels and spinoffs than you can shake a stick at. But if you’re worried about Marvel running out of ideas, think again. There are so, so many other Marvel heroes left to choose from.

Drawing from decades of comics, this infographic from Morphsuits lists 10 Marvel characters who deserve their own movie. Black Widow is kind of a no-brainer, but some of these choices may come as a surprise. Adam Warlock, really?

She-Hulk, on the other hand, is an awesome choice. As a New York lawyer, she could easily tie into the Netflix franchise alongside Daredevil and Jessica Jones, and her fun-loving attitude would prevent too much overlap with Marvel’s other adult-rated series.

Basically, all of these ideas have their merits. Which leaves us wondering, why on earth did Marvel decide to make another Ant-Man movie instead?