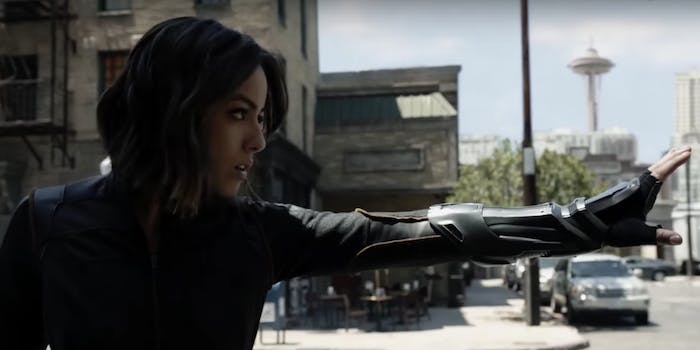 Honest trailer for ‘Agents of S.H.I.E.L.D.’ doesn’t pull any punches

While all of the films in the Marvel Cinematic Universe have been massive blockbusters, Marvel‘s TV work has been slightly less impressive, as Screen Junkies demonstrates in a brilliant mockery of Agents of S.H.I.E.L.D.

S.H.I.E.L.D., currently on hiatus in the middle of its third season, has faced practically every impediment. Marvel blew up its entire premise in Captain America: The Winter Soldier; it has to float around for network-length seasons until there’s an episode dealing with the aftermath of the current Marvel movie; it constantly name-drops Marvel heroes but can only get cameos from B-list characters; and there’s are enough mentions of “protocol,” “protect,” and “T.A.H.I.T.I.” to fill a supercut.

Setting all that aside, though, it’s starting to become compelling TV.

“When you really think about it, it’s kinda surprising that it’s even as good as it is,” the narrator says, offering the closest thing this video has to a compliment.