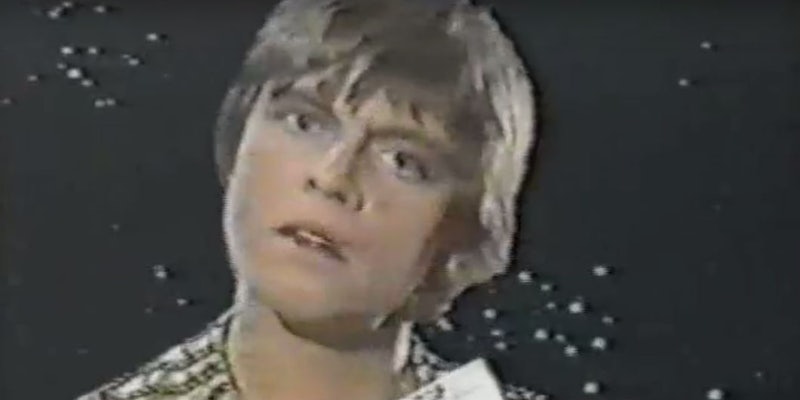 Celebrities today know that anything they do or say while promoting their films abroad will likely end up on the internet, but back in 198o, Mark Hamill wrongly assumed that what happened on German TV would stay on German TV.

The beloved Star Wars actor, who celebrated getting his star on the Hollywood Walk of Fame last week, commented on a clip of the particularly embarrassing German variety show appearance on Saturday after a fan shared it to Twitter.

I remember not wanting to wear a gold jumpsuit like a rejected member of ABBA or if I could memorize dialogue in a foreign language-but thought "Who cares? No one outside of Germany will ever see this!" Thanks to the internet-NOTHING EVER GOES AWAY. Who knew? https://t.co/qkmBOsajLS

Hamill went on to say he doesn’t know German, but was told the song was a Christmas tune. “They could have pranked me with obscene German lyrics & I wouldn’t have known the difference,” he said.

The clip reminded some fans of the infamously terrible Star Wars Holiday Special, which gained legendary cult status as a VHS bootleg after airing just once in 1978. Clips of the German variety show have also floated around over the years, though it’s a less well-known embarrassment. Hamill shared a minute-long segment of the appearance, but you can watch a fuller 8-minute version below.

As for why Hamill would give his gaudy gold jumpsuit an even bigger audience.

I only posted it to decrease its' value as blackmail material.