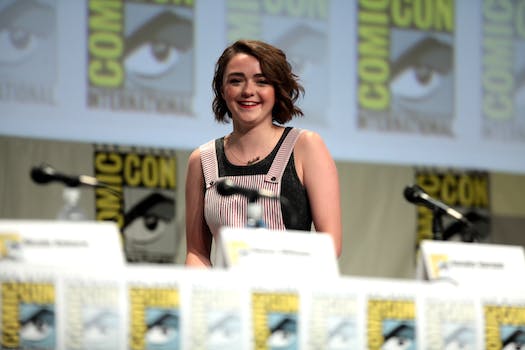 First photos of Maisie Williams in ‘Doctor Who’ leak online

The first photos of Maisie Williams in Doctor Who have leaked online, and her costume looks totally awesome.

The Game of Thrones actress was cast in an unspecified role in Doctor Who‘s ninth season, most likely in the pair of episodes “The Girl Who Died” and “The Woman Who Lived.” Photos from the set show her wearing a mask, a tricorn hat, and an 18th-century coat, an outfit that makes it pretty clear she’s playing some kind of masked highway bandit.

Underneath all of that is #GoT #MaisieWilliams on the set of #DoctorWho – just trust us on that…! pic.twitter.com/sqw1LOcrp2

In some footage filmed at the Doctor Who set, you can see Williams on horseback, pointing a gun. It looks like this will be a historical episode, although with Doctor Who that rarely rules out an appearance from an alien or two.

While BBC hasn’t officially revealed who Williams is playing, showrunner Steven Moffat did say, “she is going to challenge the Doctor in very unexpected ways.”

“This time he might just be out of his depth, and we know Maisie is going to give him exactly the right sort of hell.” Apparently this may involve her holding up the Doctor’s horse-drawn carriage at gunpoint.