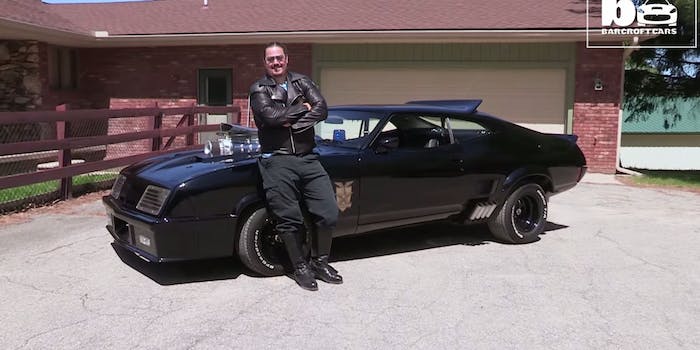 Max Rockatansky’s black V8 Interceptor is such a vital part of the Mad Max franchise that it’s practically a character in itself.

Driving in Max’s iconic car is a pipe dream for most Mad Max fans, but one lucky man made his 30-year dream a reality. All it took was $125,000, a 1972 Australian Ford Falcon, and five years’ work from a specialist car-restoration company. All of that was a small price to pay for one of the coolest vehicles in movie history.

The bad news is that in real life, the Interceptor wouldn’t last long in a post-apocalyptic wasteland. It gets about six miles to the gallon—not exactly fuel-efficient when you generally have to fight to the death to collect more fuel.

The important thing, however, is that it looks totally awesome. Now we’re just waiting for someone to recreate one of the spike-covered dieselpunk monster trucks from Mad Max: Fury Road.