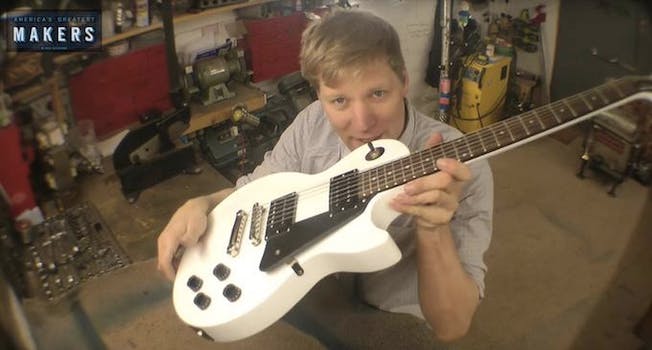 How to make a ‘Mad Max’-style flamethrower guitar

Live your 'Mad Max' fantasy, with a little help from a soldering iron and some blowtorches.

It might be Not Safe For Cons, but you can create a Mad Max-inspired flame-throwing guitar thanks to YouTube creator Colin Fruze.

To create the flamethrowing guitar, Fruze modified two blowtorches to add to the neck of the guitar and sawed off part of the guitar’s base to fit in the firing mechanisms. He even modified the amp to include dual-purpose music amplification and fuel storage. The video, which is a branded partnership with Intel, also shows off technology in the guitar that can synchronize the flames to musical moments. Fans can even download the code for their own modified guitars.

To see the actual guitar in action, viewers have to wait for Fruze’s next video. He doesn’t offer any tips for strapping yourself to a truck for maximum guitar-flamethrower affect. Viewers are on their own for that one.