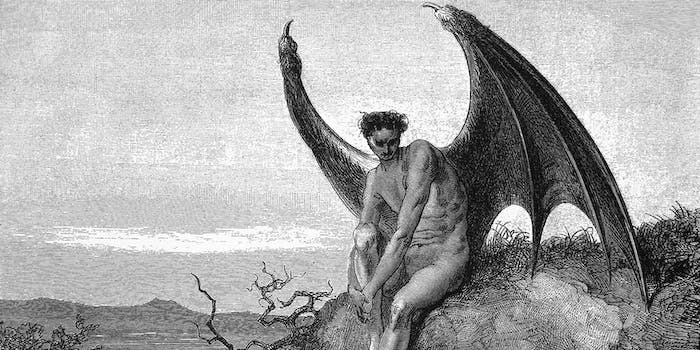 DC/Vertigo’s Lucifer is the latest comic book to get a TV adaptation, with Welsh actor Tom Ellis in the lead role.

The DC Comics version of Lucifer was introduced in Sandman as a suave, blond man who quits his job as Lord of Hell, leaving his former kingdom in turmoil. His solo comic series involves him opening a piano bar in Los Angeles, which Deadline reports will also be the setting for Fox’s TV adaptation.

Tom Ellis is best known for the USA medical drama Rush, which was cancelled last year after one season. He may not be as well-known as Gotham‘s leading man Ben McKenzie, but Lucifer has some heavy-hitters behind the camera. Jerry Bruckheimer (CSI, Pirates of the Caribbean) is listed among the producers, and the pilot episode was written by Tom Kapinos, the creator of Californication.

Fans of the comics will be disappointed (although probably not surprised) to learn that Fox’s Lucifer will be a crime show. TV networks are keen to jump on the comic book bandwagon, but few seem prepared to take the plunge and venture outside the familiar formulas of episodic crime drama, a genre that can generally be relied upon to get solid ratings.

Gotham is literally a cop show, Constantine is a supernatural detective series, The Flash is about a crime scene investigator, and Daredevil and the Defenders will soon hit Netflix as a team of urban vigilantes and detectives. CBS’s Supergirl will also be a crime procedural.

Luckily, most of these examples worked out because the source material could adapt to the cop show genre. But Lucifer as a crime-fighter who works alongside the police? That sounds completely different from DC/Vertigo’s dark fantasy comic. Not to mention the troubling subtext of a story where Satan is partnered with the L.A.P.D.