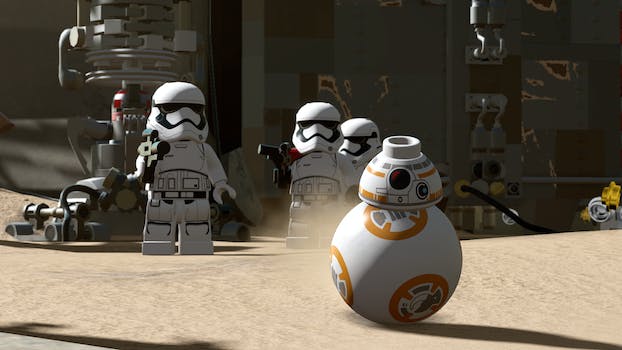 Lego and Star Wars are finally returning to that blocky galaxy far, far away.

Warner Bros. Interactive Entertainment announced Lego Star Wars: The Force Awakens would be its newest Lego game today after teasing a “massive announcement” that “included two of the world’s most popular entertainment brands.” It will be developed by TT Games, the same studio that brought some of the most memorable Lego games such as Lord of the Rings and Harry Potter. Some fans, however, learned about it Monday night after a product page went live on the Xbox Games Store and a trailer leaked.

Lego Star Wars: The Force Awakens will not only play through the main plots of The Force Awakens, it will contain story content that bridges Return of the Jedi and The Force Awakens. Players will be able to utilize new gameplay mechanics to battle, build, and fly throughout the game, and it promises to take players “deeper into the new film than any other game,” according to a press release. The announcement also came along with a trailer, which is practically a carbon copy of the first Force Awakens teaser trailer, albeit with a few Lego twists. Who knew that Kylo Ren’s lightsaber was so hard to turn on or that Poe Dameron’s X-wing had so many functions?

Lego Star Wars: The Force Awakens will be released on June 28 for PlayStation 3, PlayStation 4, PlayStation Vita, Wii U, Nintendo 3DS, Windows PC, Xbox 360 and Xbox One.