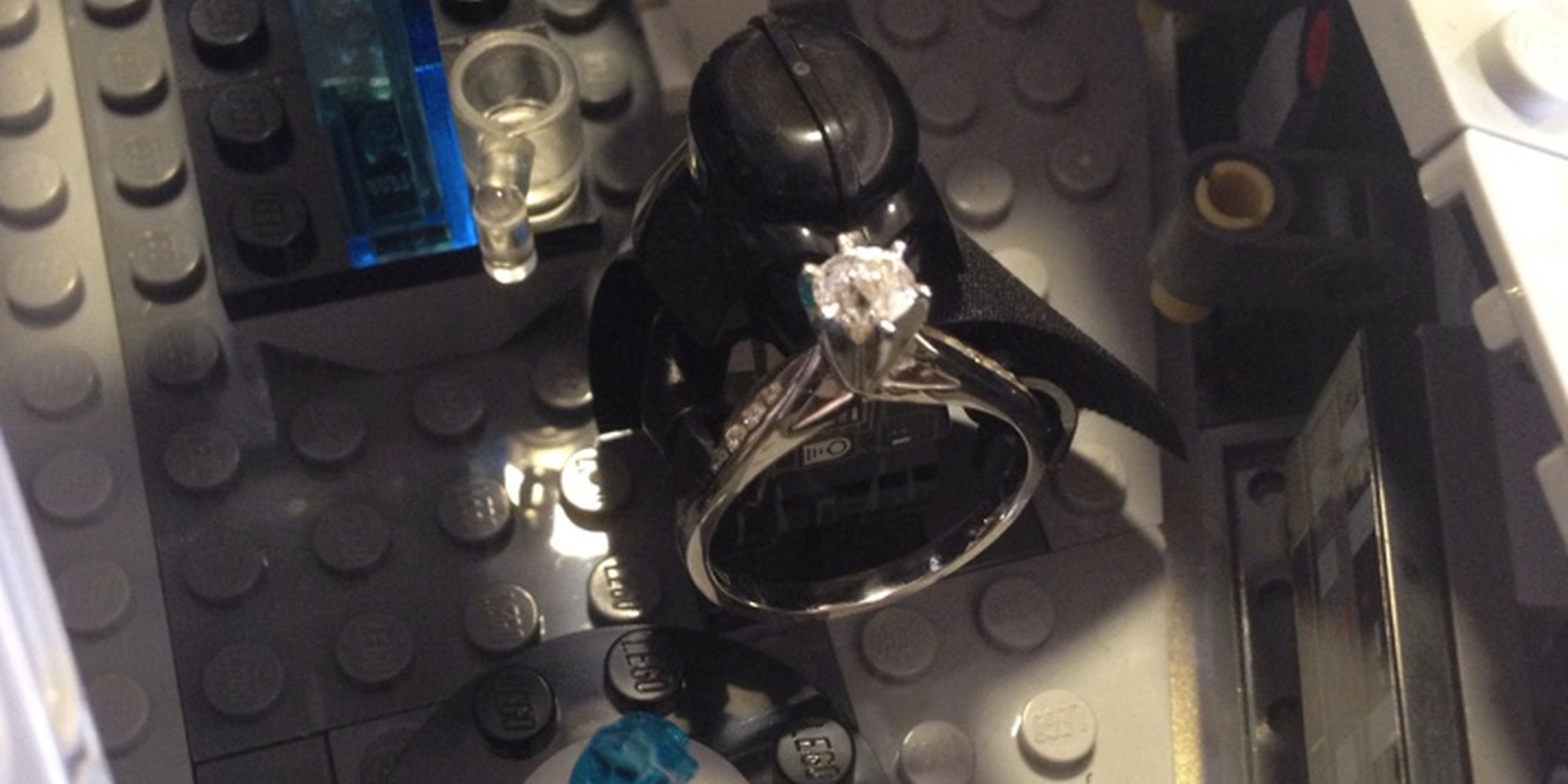 Like you'd ever say no with Darth Vader holding the ring.

Steve Dempsey had a foolproof plan to get his girlfriend Amanda to upgrade her status to fiancée. 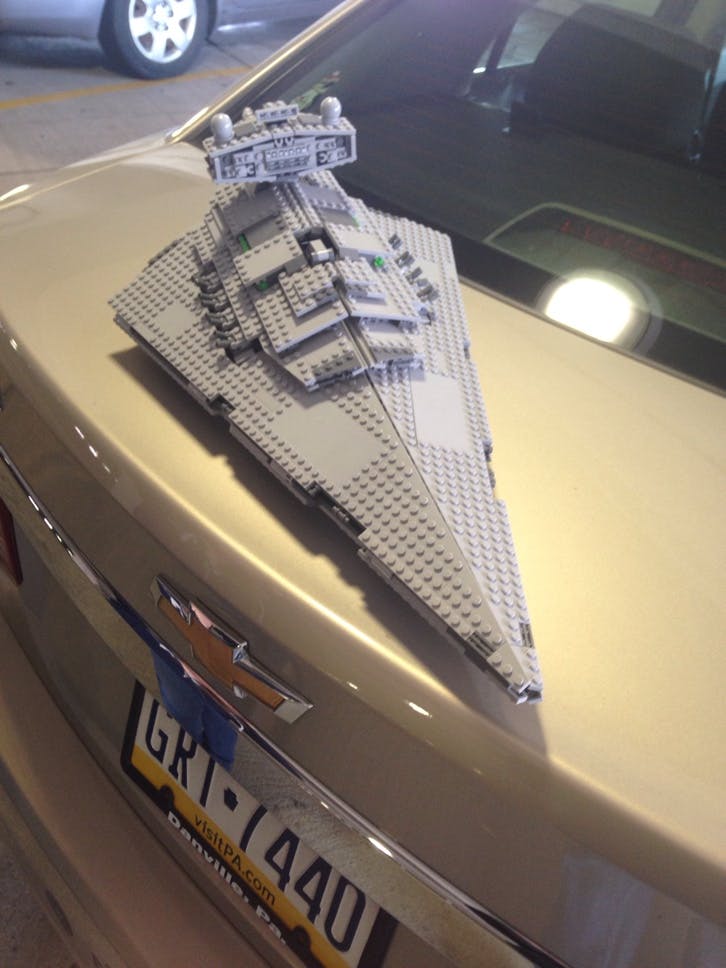 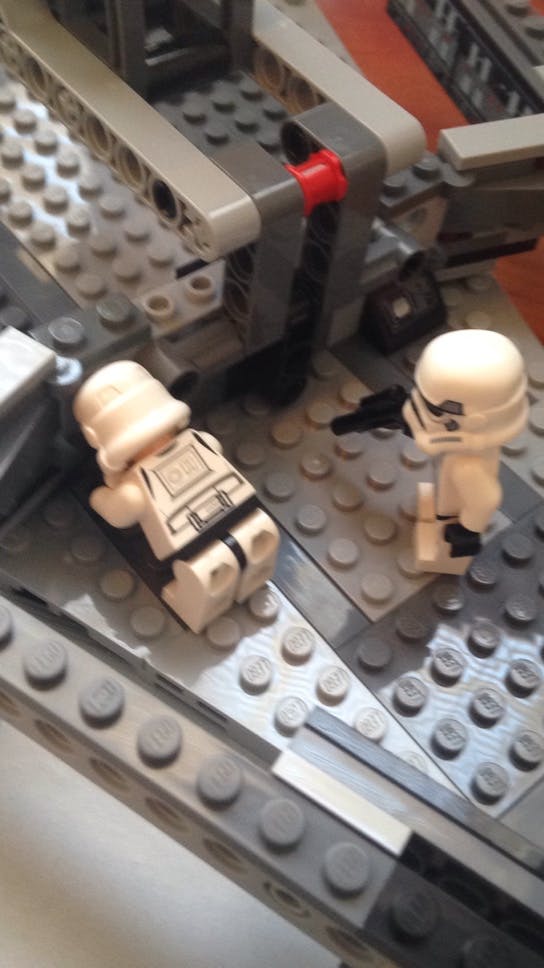 If you’re wondering how Storm Troopers and the Dark Side relate to eternal matrimony, the story is actually surprisingly sweet. (You may want to keep tissue nearby.)

“Our love is like this ship—its shields defend from any outside force wanting to get in and destroy us.”

Steve built his replica Destroyer as a surprise for Amanda, who shares his love for all things Star Wars—as well as the Dark Side of the Force.

“I originally wanted to wait until after a romantic dinner to surprise her with my creation,” he told us, “but due to going to school three hours away and it rattling in the back of my car, I didn’t want to risk any further damage.”

So Steve got down on one knee, holding the Imperial warship, and proposed right there in the parking lot:

At first she was confused but after I was explaining what our relationship thus far had meant to us, she immediately started to tear up out of excitement.

Then Steve made the most romantic speech we’ve ever heard that involves one of the greatest villains in history:

I told her our love was like this ship and the people inside it. Its shields deflect and defend from any outside force wanting to get in and destroy us. Then I opened the star ship and there stood Darth Vader holding the engagement ring. 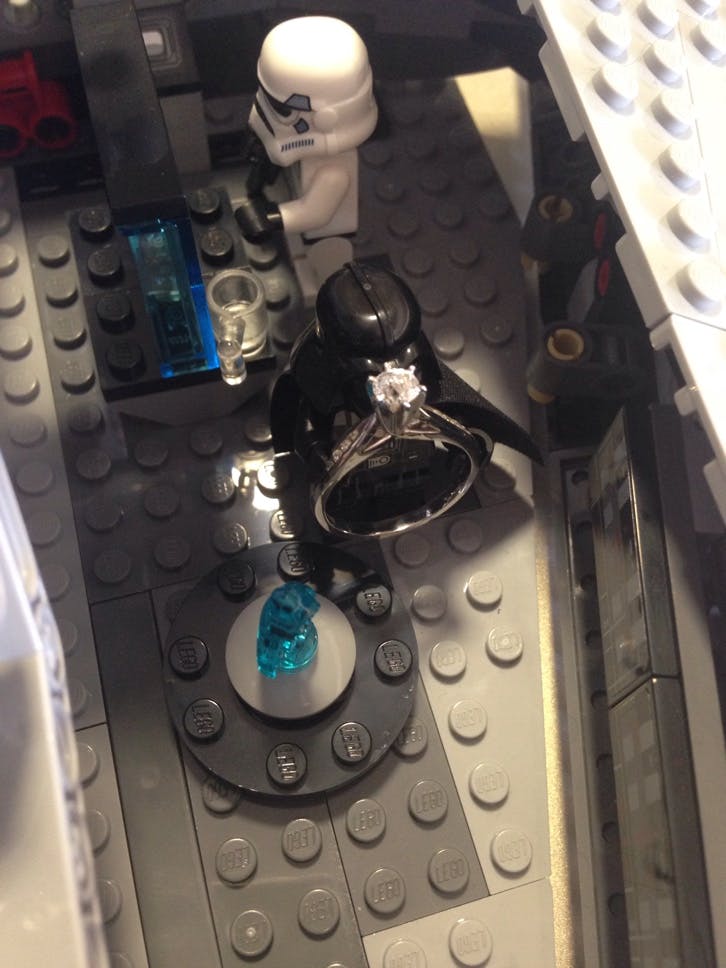 (We told you you’d need Kleenex.)

Then I said, “Amanda… Will you be my co-pilot?” 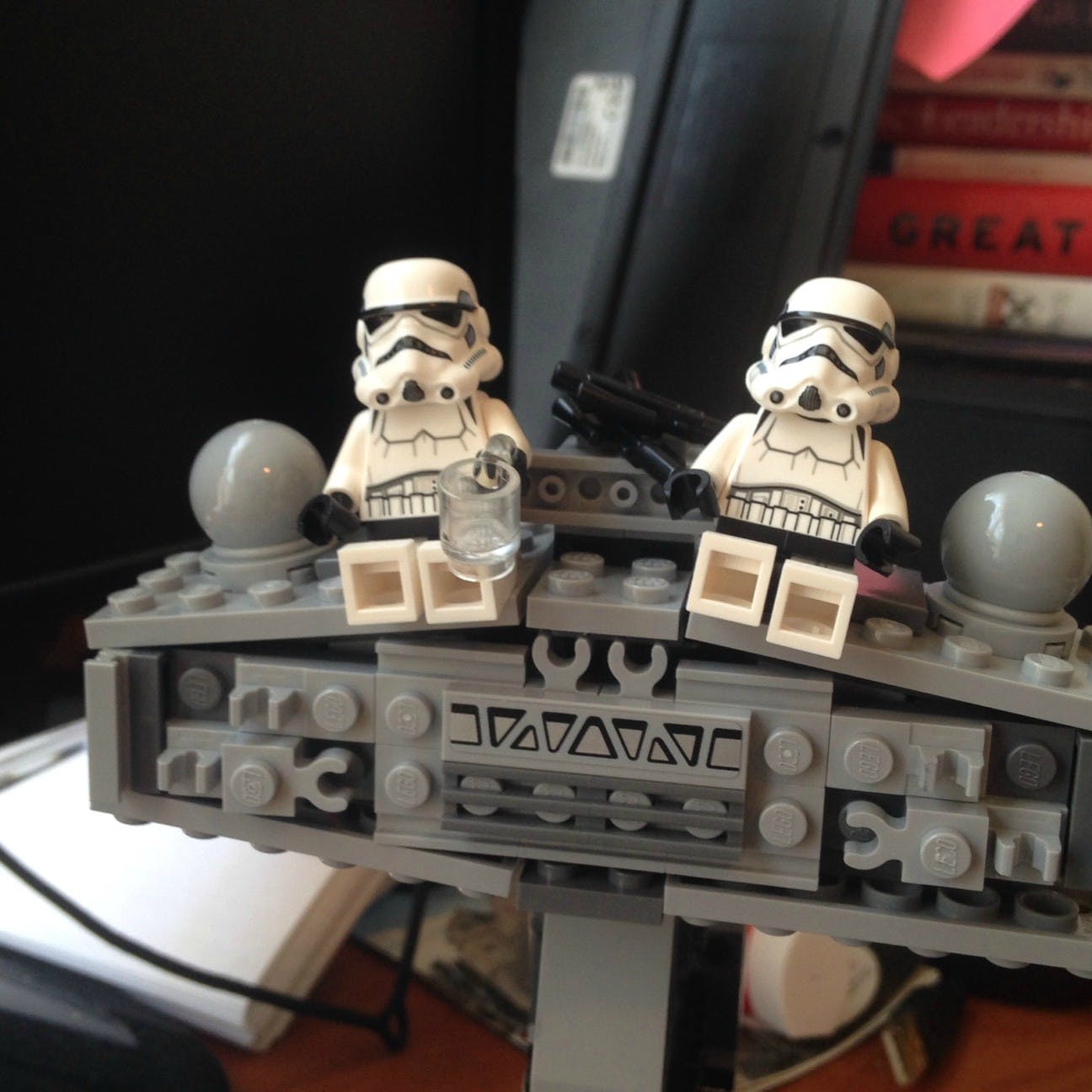 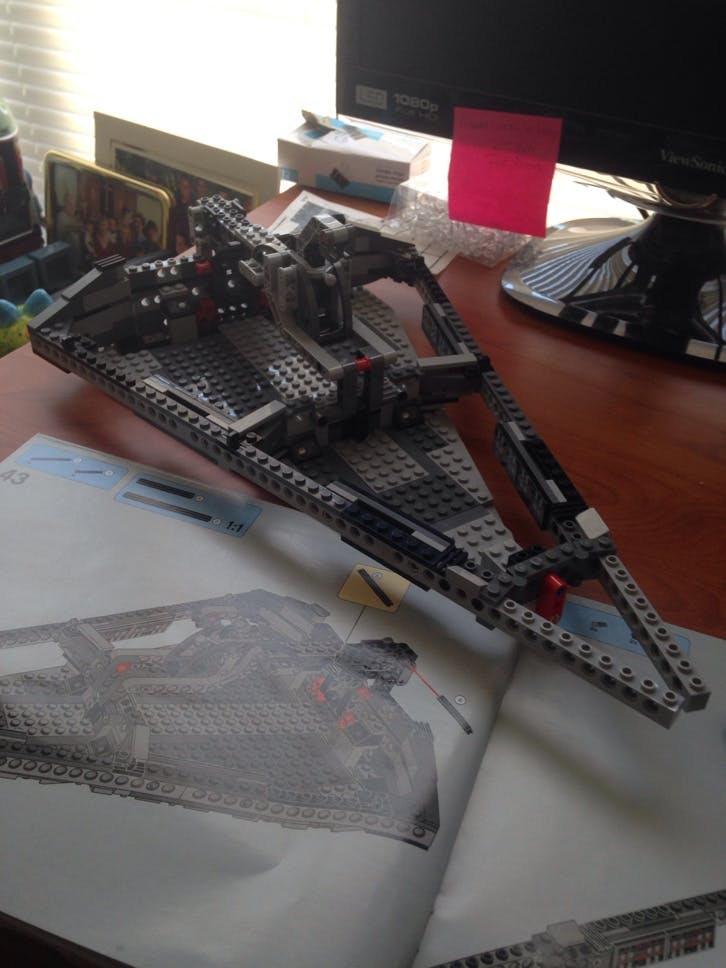 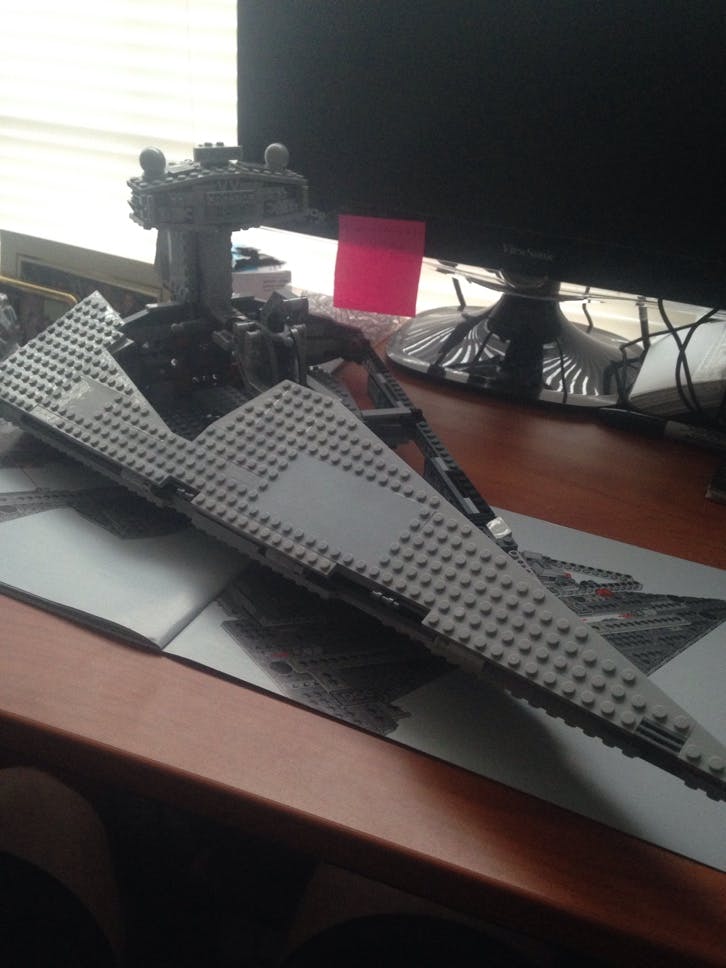 Of course it worked. “She said yes!” Steve wrote on Reddit when he shared his success with his fellow Lego and Star Wars enthusiasts.

She then said yes and gave me the biggest hug and kiss. 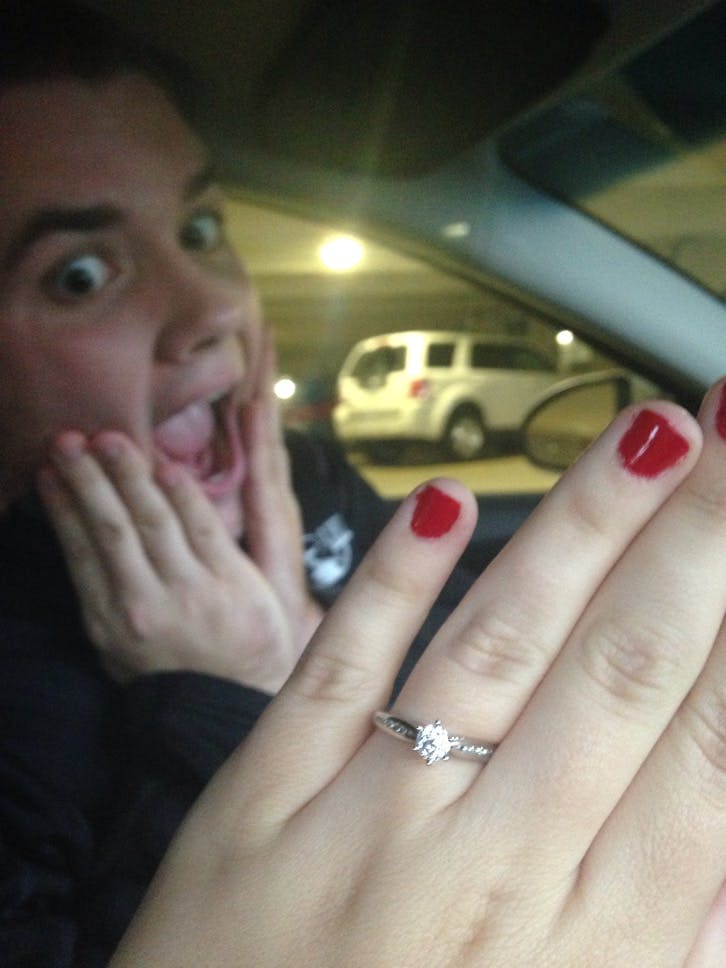 Unbelievably, it gets better. Steve didn’t just use a gimmick to pop the question. As he told us, there was an elaborate, romantic symbolism to his plan:

The reason why I picked Darth Vader was not only because he is one of my favorite [characters] in the Star Wars franchise but by what I think he symbolizes. Although he was a villain in the Star Wars realm, he still cared about those who [were] dearest to him, hence why he couldn’t kill Luke.

Even after he died, he remained by his side, as seen in the last portion of Episode Six (Return of the Jedi). I wanted to relay the message to my fiancée that no matter what, I will always be by her side, through the bad and the good, and in sickness and in health…to the farthest corners of the galaxy. 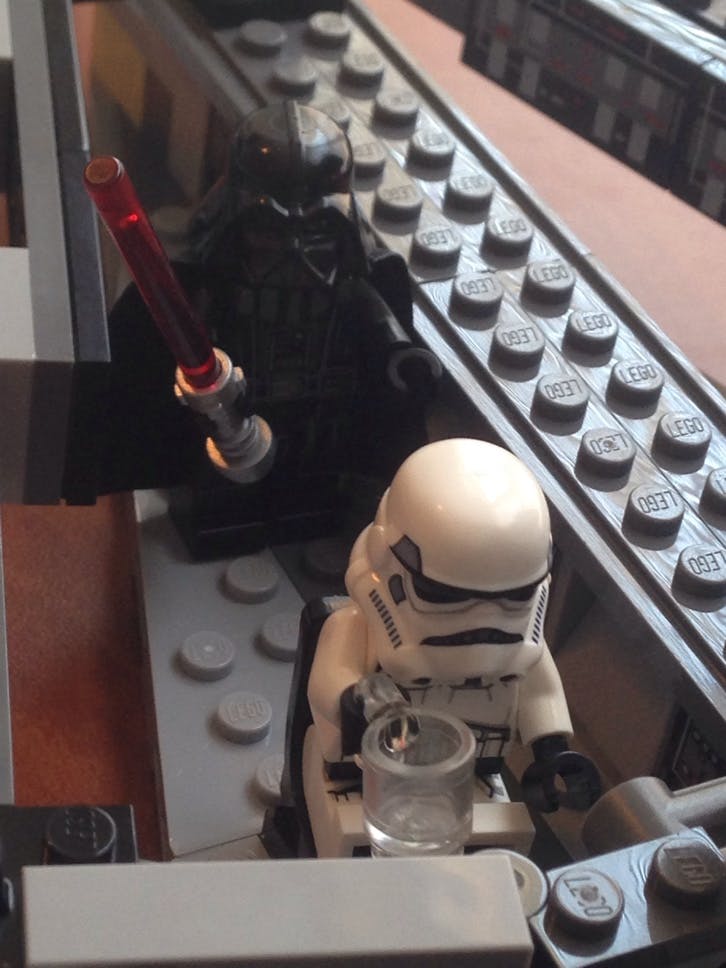 Er. Well, maybe not. But the loving metaphor clearly worked for Amanda. “We were never happier,” Steve wrote. 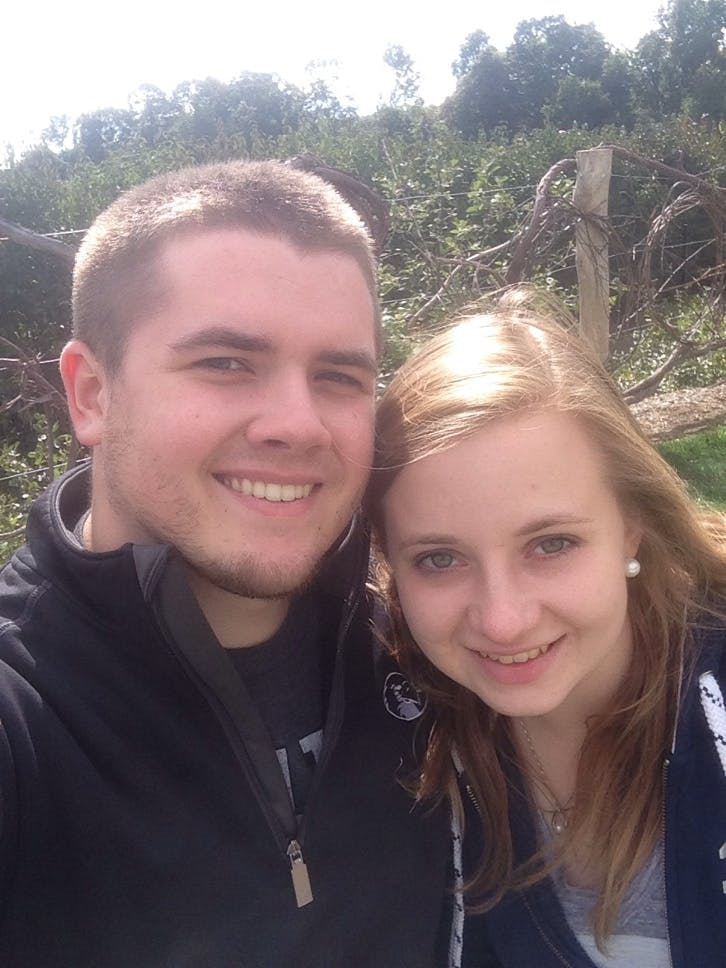 Congrats, lovebirds. And may the Force be with you, til death do you part.