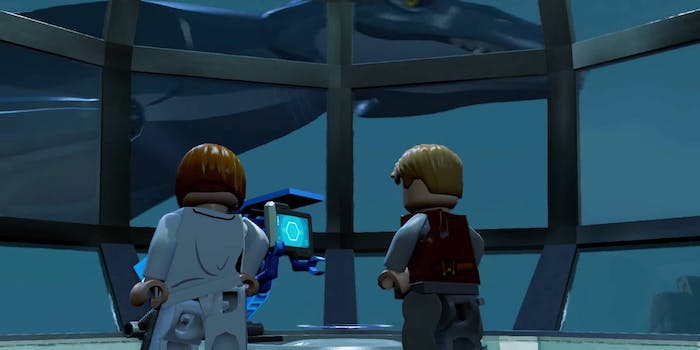 Jurassic World unabashedly appeals to your inner 8-year-old. You want to see more dinosaurs? You want Chris Pratt to be an action hero? Fine. That’s what you’re getting, and then some. This Lego video game just amps the idea up to 11.

Following in the footsteps of titles like Lego Avengers, Lego Harry Potter, and Lego Star Wars, Lego Jurassic World offers a tongue-in-cheek riff on the movie. The trailer invites you to explore the theme park, which is a totally safe place to hang out… right?

The game looks like it opens with the traditional Jurassic Park franchise scenario of a safe, cheerful theme park, before all hell breaks loose and the dinosaurs attack. But in a family-friendly way, because this is a Lego game after all.