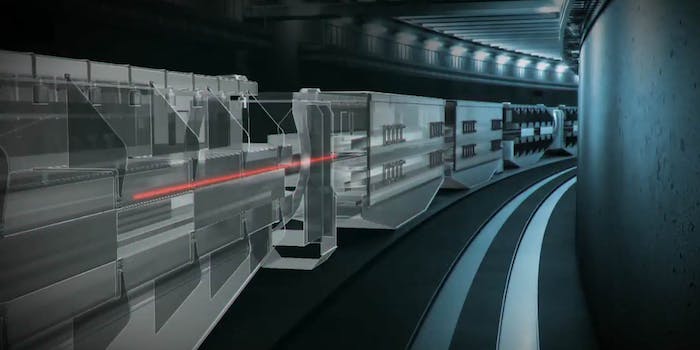 It's one of the most important scientific experiments in human history.

After a two-year pause, CERN‘s Large Hadron Collider is back in action.

CERN, a massive European research laboratory, uses the LHC to test particle physics theories. The particle accelerator is best known for proving the existence of the Higgs boson, or “God particle.” CERN released preliminary findings in 2012 announcing that the Higgs boson was now believed to exist, at which point the collider was closed for maintenance and upgrades.

But this week, CERN scientists are expected to release the first new data since the closure, after the LHC tested new proton-collision experiments in late May. Because particle physics is not in most people’s educational wheelhouse, CERN has released this animated video illustrating how the LHC works.

The 16.5 miles of tunnels are just the beginning of this massive scientific experiment.