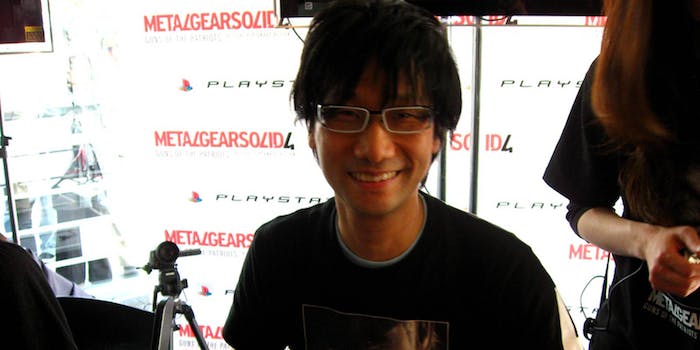 The Metal Gear Solid series creator is moving on.

A feud between Japanese video game publisher Konami and Metal Gear Solid creator Hideo Kojima is coming to an end, according to a new report.

Japanese financial newspaper Nikkei reports that Kojima officially left Konami on Dec. 15 with the indent of forming his own independent studio with former Konami staff. The news comes after months of rumors that the celebrated game developer was cutting ties with the publisher.

Signs of trouble emerged earlier this year when Konami did some internal restructuring and removed Kojima Productions branding from Metal Gear Solid 5. Later this summer Konami announced that it had canceled the highly anticipated Silent Hills project that was being made by Kojima and horror movie director Guillermo del Toro. In August Nikkei released a blistering report describing the horrendous work conditions at Konami.

Despite mounting corporate unrest, Kojima published Metal Gear Solid 5 on Sept. 1, and it was roundly celebrated by critics as a masterpiece.

Despite the success, Kojima was allowed limited media interactions. He was not present at this year’s Tokyo Game Show and was apparently barred from accepting an award at The Game Awards earlier this month. Host Geoff Keighley publicly shamed Konami and its legal team on stage in front of millions of viewers worldwide.

Kojima had been with Konami since 1986. Nikkei reports Kojima’s new studio will be looking to develop for platforms including Sony Playstation.