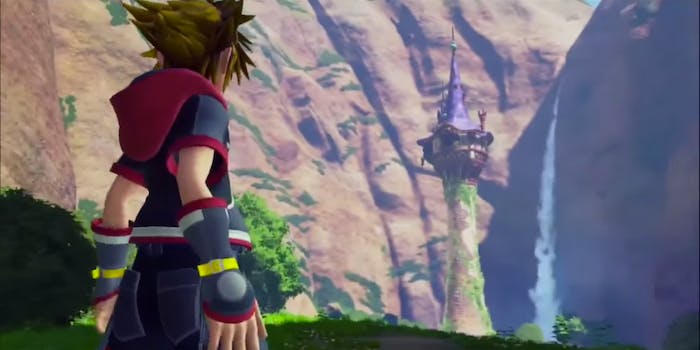 An exciting look at ‘Kingdom Hearts 3’ gameplay debuts at E3

This is the most fans have seen of the game in years.

We’re still nowhere near learning just when Kingdom Hearts 3 will be released, but Square Enix surprised fans by debuting game footage at E3 Tuesday just off the heels of the Final Fantasy VII remake.

We’re given a look at two mysterious characters discussing “the Ancient Keyblade War” and playing a metaphorical game of chess. From there, it dives right into the game footage of Sora, Donald, and Goofy teaming up and fighting Heartless and other monsters with both old and new mechanics.

We know they’re at least going to the world of Tangled while the rest could be anything from the Final Fantasy games or the Disney movies we love.

The game is still in development with no release date attached. It’s slotted for release on Playstation 4 and Xbox One.