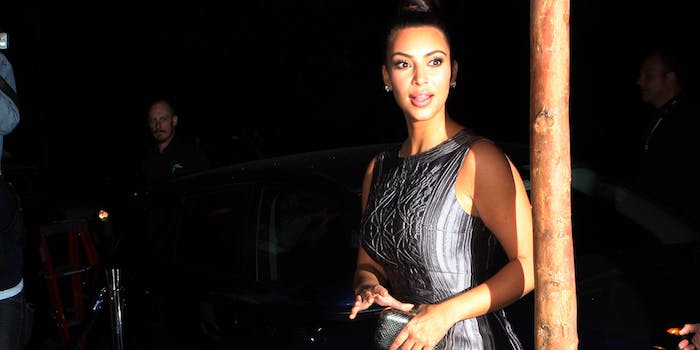 The “Kardashian Index” measures a scientist’s citations against his or her Twitter followers.

Kim Kardashian’s celebrity status has inspired University of Liverpool geneticist Neil Hall to create the “Kardashian Index,” which measures a scientist’s citations against his or her Twitter followers.

“Consider Kim Kardashian; she comes from a privileged background and, despite having not achieved anything consequential in science, politics or the arts … she is one of the most followed people on Twitter and [one of] the most searched-for [people] on Google,” Hall wrote in his full report. “I am concerned that phenomena similar to that of Kim Kardashian may also exist in the scientific community.”

Enter Hall’s solution, the “Kardashian Index.” It’s “a measure of discrepancy between a scientist’s social media profile and publication record based on the direct comparison of numbers of citations and Twitter followers.”

The K-Index can be calculated by dividing one’s total Twitter followers by the number of scientific citations. Hall purposes that scientists include their K-index in their Twitter profiles, and that “those people whose K-index is greater than 5 can be considered ‘Science Kardashians.’”

Hall notes that while historically women have been ignored by the scientific community, most “science Kardashians” are, in fact, men.

Hall’s own index was marginally above 1 when he wrote the study, although he suggests ”A few tweets linking me with the word ‘Kardashian’ should put my K-index through the roof.”

No word yet if Hall’s index has climbed, but his satirical look at popularity has brought @neilhall_uk plenty of buzz.

Reporters at my house asking about my K index – I am more than my K index https://t.co/1c7LosXpP2 cc: @neilhall_uk pic.twitter.com/fpR01SXVgH

Scientists on Twitter. My take on the Kardashian index. https://t.co/a29Rzggzrp #science #neuroscience @neilhall_uk

Wow, I spawned a hashtag, I should retire … It’s all downhill from here #AlternateScienceMetrics