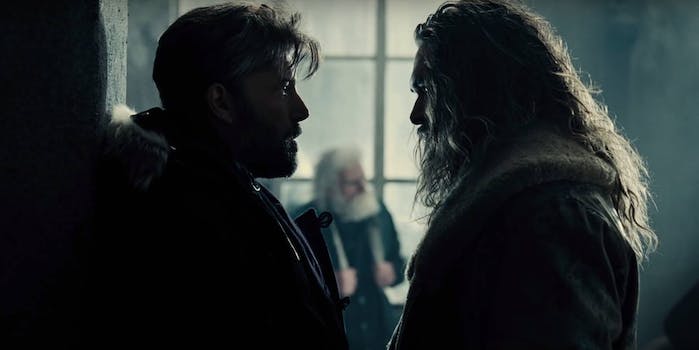 'Justice League' fans will just have to wait.

Bad news for anyone who’s been getting juiced-up about the arrival of the upcoming Justice League film franchise: You’ve still got a ways to wait for the first installment, and the sequel just got pushed back even further.

That’s what director Zack Snyder is planning on, at the very least—he’s reportedly going to be pursuing a smaller-scale project titled The Last Photograph after the first Justice League film wraps, followed by a standalone film starring Ben Affleck as Batman.

That means Justice League 2 will be pushed back and likely won’t hit the silver screen for a few years at least. Of course, there’s no sense in getting ahead of yourself with the disappointment, even if you are a die-hard fan; it won’t be clear until the first film comes out whether Snyder’s latest superhero fare is even any good.

That said, for those people who’re virtual locks to enjoy what Snyder serves up—the first Justice League is scheduled for release on Nov. 17, 2017—it’s bound to be disappointing to have to wait a whole two years or more. It’s potentially a similar state of affairs to what Star Wars fans have been going through waiting for Episode VIII to come out, although in both cases there are stopgap films to help tide them over.