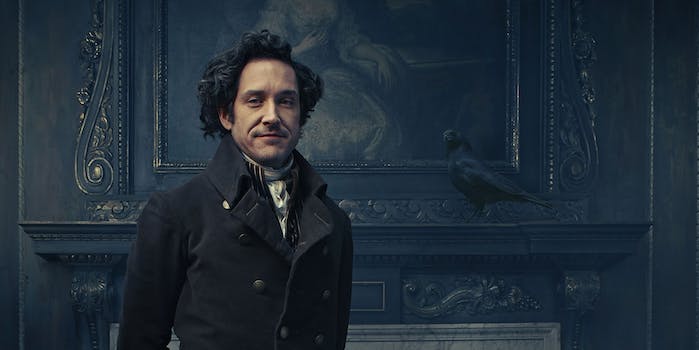 This BBC miniseries is going to be one of the biggest fantasy shows of 2015.

The BBC’s adaptation of Jonathan Strange & Mr Norrell could be one of the biggest fantasy fiction events of 2015.

Compressing Susanna Clarke’s weighty tome into a seven-episode miniseries, Jonathan Strange tells the story of two rival magicians in 19th century England, a historical fantasy with a touch of Jane Austen-esque social satire. Since the BBC routinely churns out several historical dramas and literary adaptations each year, this could easily be a better version than the earlier plans for a Jonathan Strange movie that sank without trace into Development Hell.

Directed by Toby Haynes (Doctor Who, Sherlock), the miniseries is due to air sometime next year. The first clip shows us Eddie Marsen as the crotchety old Norrell, who shakes up English society by proving that he can do “practical” magic rather than just studying magical theory.

Jonathan Strange could be difficult to sell to new audiences. You can’t compare it to Harry Potter or Game of Thrones, and it has more in common with Regency dramas than it does with most fantasy fiction. However, the novel was a bestseller for a reason. If the BBC can keep the wit and tone of the original, this miniseries will be well worth watching—and a lot more interesting than your average fantasy TV drama.