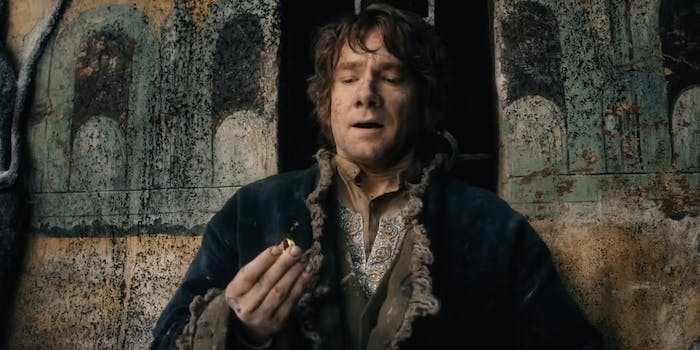 Peter Jackson’s second epic trilogy set in Middle-earth is almost at an end. In December The Hobbit series will come to a close with The Battle of the Five Armies and bidding farewell to the audience will be a familiar voice.

Actor and musician Billy Boyd, who played Peregrin “Pippin” Took in The Lord of the Rings trilogy, is returning to sing “The Last Goodbye.” The full song has already premiered online at Billboard.com. From the sound of it, you might want to have your tissues ready by the end of the film. It’s a beautiful farewell to the series.

“We focused on not just the final installment, but moreso on this 10-year epic adventure,” Boyd told Billboard. “A song to sum up the six movies. We recorded in Wellington, New Zealand, at one point traveling to Auckland to Neil Finn’s studio—where we recorded some of the guitar. It was surreal to be in his studio, as he did the song for [2012’s] The Hobbit: An Unexpected Journey.”

Boyd previously sang a haunting hymn as Pippin during a poignant scene in The Lord of the Rings: The Return of the King. That song was used again in the first teaser trailer for The Battle of the Five Armies in July. You can watch the original scene below.

The Battle of the Five Armies won’t arrive in theaters until Dec. 17 but the movie soundtrack will be available Dec. 9.