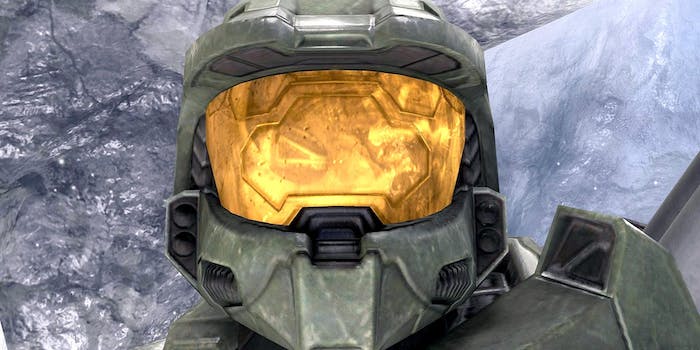 Halo compilation is too big for one Blu-ray disc, will require huge day-one patch

20 gigabytes is a lot of Banshees.

Pretty much every video game these days has a patch waiting to be installed on release day, but seldom are the patches this large.

Next month, Microsoft will launch quite possibly the most beloved game compilation of all time: Halo: The Master Chief Collection. With it comes all four of the main games in the Halo series, their resolutions pushed to glorious 1080p and their level-selection screens sporting every map ever released.

The adulation around this compilation is so great that during E3, when Microsoft announced it, the guy sitting behind me made an orgasmic “uuuhhhhh.”

Because the compilation squeezes four games onto a single 45GB Blu-ray disc, the team over at 343 Industries was unable to fit all of the content onto that one disc. The game therefore requires players to download a 20GB day-one patch to access all of the game’s content.

“Yes, the update is large, but we weren’t about to cut corners to save disc space,” wrote Dan Ayoub from 343 Industries in a blog post on the Xbox website. “This ensures that you are getting every bit of Halo goodness we can fit in.”

Thankfully, you’ll still be able to play the game while your Xbox One is downloading that massive patch.

Of course, this all could have been avoided if 343 had released the compilation on two Blu-ray discs instead of trying to cram it into one. It’s likely, however, that the cost of manufacturing an extra disc outweighed the cost of pushing an update over the Internet.

It’s remarkable—only a few years ago, the idea of filling up an entire 50GB Blu-ray disc would have seemed absurd. With 4K movies and larger games coming soon, it’s no wonder Sony is developing a way to get more out of a single disc.