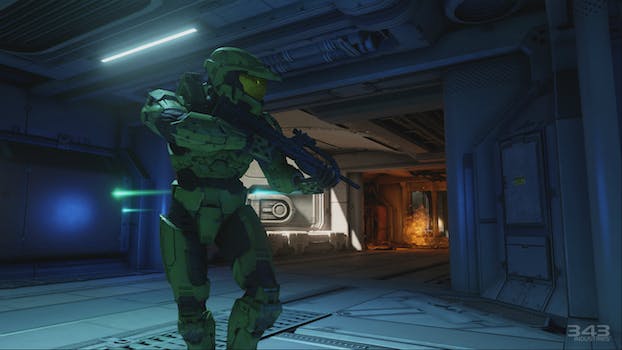 The upcoming remake is a must-have for hardcore fans.

The upcoming Halo 2 remake is a must-have for hardcore Halo fans, and Microsoft has something for fans who want to get a look at the craftsmanship that went into it.

Microsoft just released Remaking the Legend, a documentary about the production of the Halo 2 update. The remake is included as part of Halo: The Master Chief Collection and features a reproduction of the multiplayer mode for Halo 2, as well as completely remade cinematics for the game’s single-player campaign. The documentary is available for free on Microsoft’s Xbox Video website, and Xbox Live on the Xbox 360 and Xbox One consoles.

The updated version of the Halo 2 remake, which celebrates the game’s tenth anniversary, is arguably the most attractive part of the Master Chief Collection for Halo fans, followed closely by the Ridley Scott-produced Halo: Knightfall feature.

Halo 2, released for the original Xbox on Nov. 9, 2004, was the game that popularized online multiplayer on consoles, bringing a gaming experience that had previously been available only on PC to a new, huge audience. Halo 2 was also arguably responsible for the success of Microsoft’s then-nascent online gaming service, Xbox Live.

Halo Combat Evolved: Anniversary Edition was another tenth anniversary celebration, released for the Xbox 360 on Nov. 15, 2011. It featured cinematics that were updated to be closer to seventh generation console standards. The updated cinematics for the Halo 2 remake, however, look like they were updated to match the standards of the eighth generation Xbox One. In other words, they look spectacular.

Halo: The Master Chief Collection will be released for the Xbox One on Nov. 11.