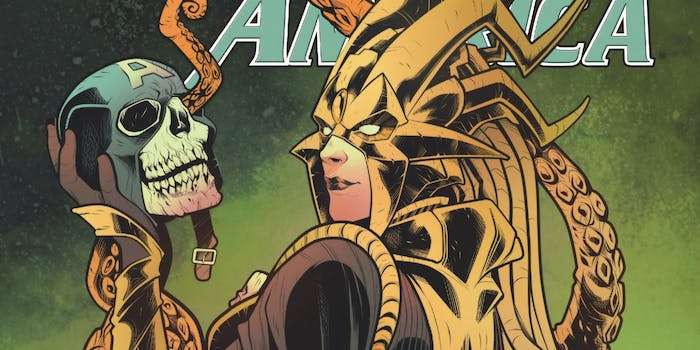 Marvel Comics’ fictitious, fascist villain organization Hydra is having a bad year. Ever since one Captain America comic turned the classic hero into a Hydra agent, affiliating him with neo-Nazism, and a lot of fans have spent months protesting the storyline’s political impact. Some even threatened to boycott comic stores if they promoted Marvel’s Hydra-themed merchandise.

If you click through, the URL (which is definitely not an official Marvel link) redirects you to the White House website. It’s the inevitable culmination of all those memes where a Donald Trump leans over and whispers in someone’s ear, “Hail Hydra.”

Anyone else imagining Trump saying "Hail Hydra" every time he pulls someone close to speak to them? #Jointsession pic.twitter.com/J7lJjbQlzD

Trump presidency seems like it's straight out of Marvel…. but instead of Hydra it's Russia…. wonder if they yell hail Russia…@cthagod pic.twitter.com/D2r4e8twJc