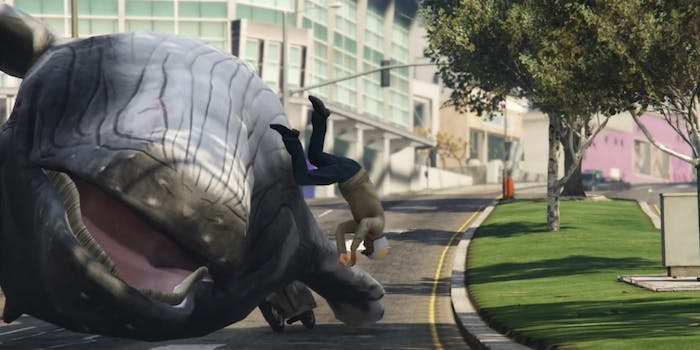 Whales are falling from the sky in Grand Theft Auto V

The citizens of the city of Los Santos react to humpback whales dropping from the sky just like they’d react to massive traffic pileups and gun battles in the streets. No big deal, right?

Of course this catastrophic weather event isn’t something the people in Grand Theft Auto V  are used to seeing. It’s a fan-built mod that drops whales on multi-lane highways and sunbathers to hilarious effect.

These free-falling whales are impervious to gunfire, explosions, fire, collisions by vehicles, so rest assured that no fake humpback whales were harmed in the production of this video. The cars and people they fall on aren’t so lucky.

The modding scene for GTA V, coupled with the Rockstar Editor video capture and editing suite included with the PC version of the game, continue to provide wonderful footage for us to enjoy.