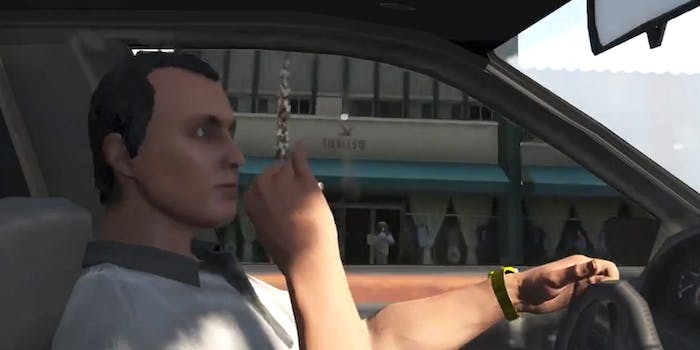 Someone recreated ‘The Sopranos’ theme in ‘Grand Theft Auto V’

We're surprised this took so long.

Grand Theft Auto V takes place in a fictional Los Angeles, but it makes for a pretty good North Jersey in this recreation of the opening credits for The Sopranos.

The more detailed game worlds become, the more compelling these sorts of recreations can be. We look forward to someone replicating the credits to The Sopranos once Grand Theft Auto V is released for the Xbox One and PlayStation 4, i.e. when the graphics take a big step towards photorealism.