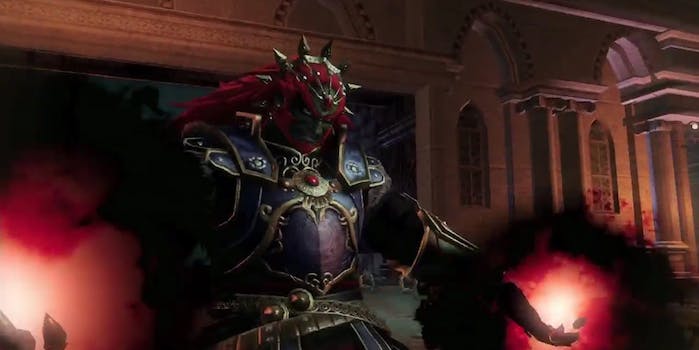 You can play as your favorite ‘Zelda’ villain in ‘Hyrule Warriors’

Think of how much damage you can do as Ganondorf.

Ditching the tired “hero saving the universe” persona and going on a spree of chaos and destruction is awesome. Playing as the baddest bad guy of them all is even better.

Nintendo announced that Ganondorf would be a playable character in the upcoming Hyrule Warriors during a Nintendo Direct broadcast on Aug. 4. Nintendo Direct is a direct-to-the-viewer marketing series that keeps fans updated on what Nintendo is up to.

Legend of Zelda fans have been fighting the evil Ganondorf for almost three decades. If there’s a magical triforce in a Zelda game, Ganondorf has either stolen it or is in a race against time to possess it. Sometimes Ganondorf is a giant, demon pig. Other times he’s just a humanoid, evil wizard.

No matter what Ganondorf is up to, or what he looks like, he’s always completely evil and powerful, and that’s what makes him such a great choice for Hyrule Warriors.

Hyrule Warriors is a themed game in the Dynasty Warriors franchise. Dynasty Warriors games take the “master versus a hundred goons” sequences from martial arts movies and blend them with a territory-control game.

Hyrule Warriors will be released for the Wii U on Sept. 26.