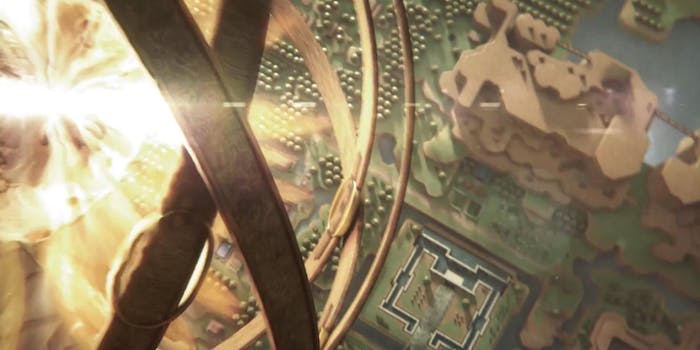 Enjoy the opening for Game of Hyrule.

Take The Legend of Zelda: A Link to the Past and mix it with the opening credit sequence from Game of Thrones and you’ve purified yourself a kind of geekdom crack.

This YouTube video from geek comedy group Megasteakman vamps off the credit sequence from the Game of Thrones HBO series intro, where you see all the various cities and landmarks of Westeros rise up from the ground like Lego constructions.

Game of Thrones gives us King’s Landing and Winterfell, and the Megasteakman video gives us trees, cute little houses, and Zelda’s castle, from the land of Hyrule.

The music doesn’t quite grab the Zelda theme, but you have to appreciate the production value on the video as a whole. Check out the Megasteakman YouTube channel for a slew of other video game-related comedy clips.